Hey Cigar Pals: How ya been? Stumbled onto another awesome cigar adventure today and want to tell you all about it. We had a wonderful experience today at a place called The Drawing Room in Davenport Iowa and I just have to share it with y’all. 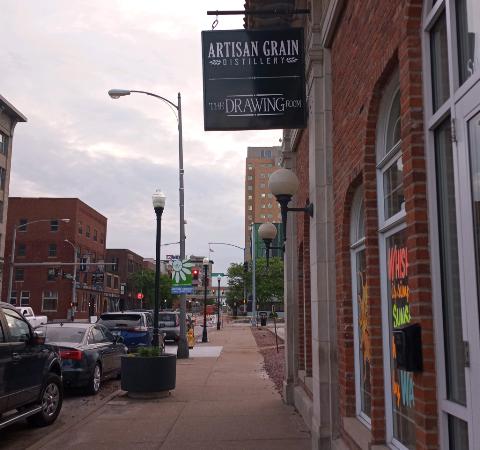 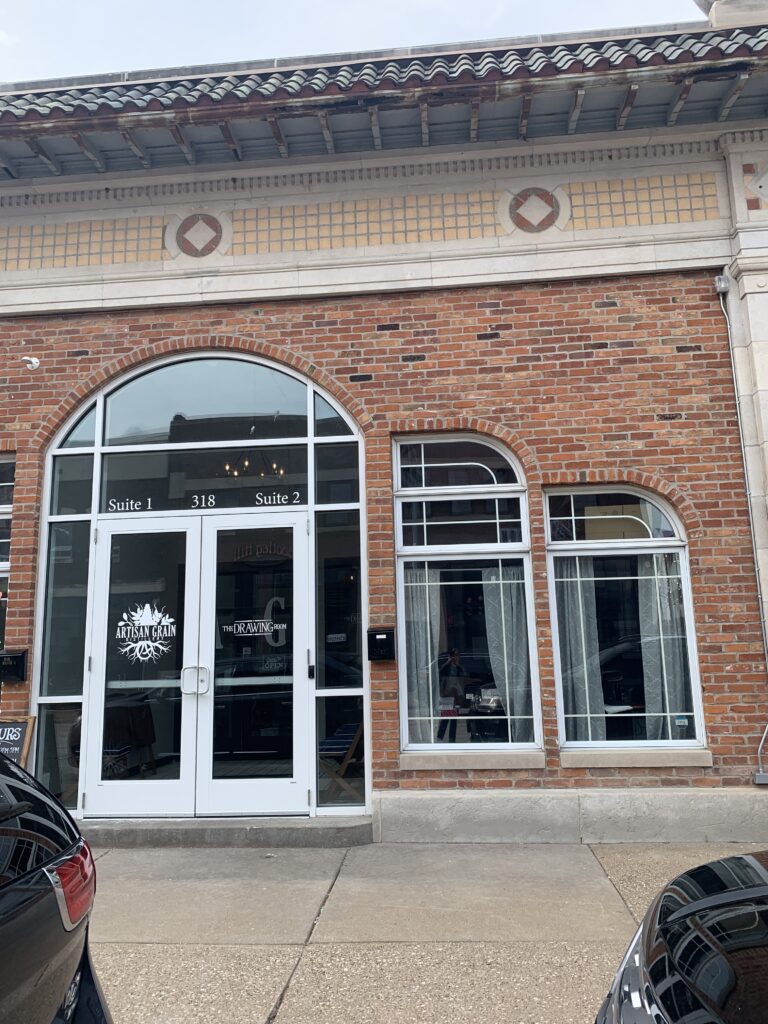 You are probably wondering what the heck we are doing in Davenport? Well just hold yer horses and I will tell you.

I had some unforeseen bills that came up, so I took a short Nuke job up in Monticello, Minnesota to pay for them. So we just finished the job and stopped by to visit our friends Pete and Vicki in New Albin, IA and are now on our way to Pennsylvania.

Last night I was plotting our route to Pensy and saw we were heading through Davenport, IA and I thought what to do in Davenport, then of course my next thought was…. you guessed it, have a cigar.

I did a Google search and found this place called The Drawing Room and gave them a call, told them who I am and that we would be passing through and would like to stop by.

They were very enthusiastic about the idea and said they would be looking forward to seeing us, so that’s what we did and it turned into an exciting cigar adventure.

So Long Pete And Vicki, An Adventure Awaits Us In Davenport

We got up early (for us) chatted with Pete and Vick for a bit, said our farewells and jumped in the truck and rolled down the road.

I had hoped to get in the area early and unload the bike, but when we got here, we had some issues with the levelers on the trailer and needed to get shaved and showered and by the time we got ready to head into town it was 3:30 in the afternoon and storm clouds were threatening, so I decided to leave the bike in the trailer and just run in in the truck.

When we arrived at The Drawing Room, we were greeted by Brian and right away he started telling us about the Drawing Room and it’s brief history. They have only been in business since last September, but they have a nice following already and the place was about 2/3 full. That’s not bad for a Thursday afternoon. 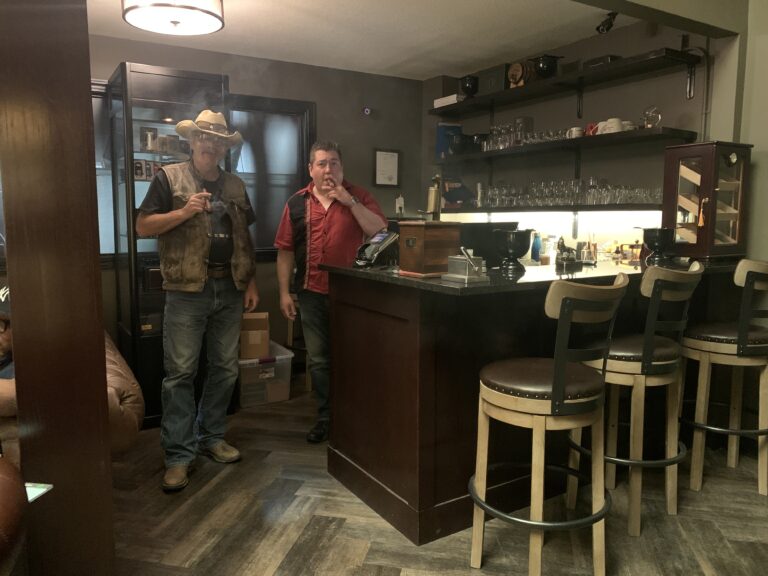 They don’t have a walk in humidor, but the wall cases are very attractive and have a real nice selection of boutique cigar as well some of the big names. 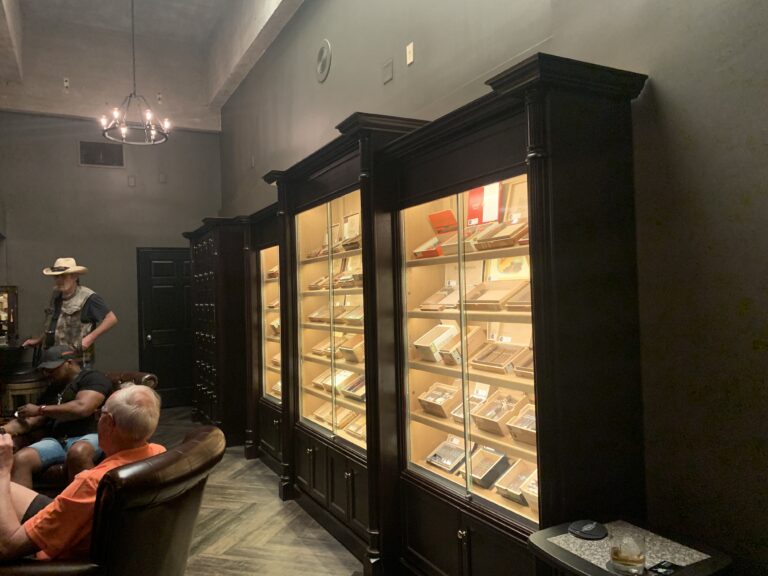 Of course those of you who follow Cigar Pals on a fairly regular basis, can probably guess my first question…. What’s the most complex stick that you sell? 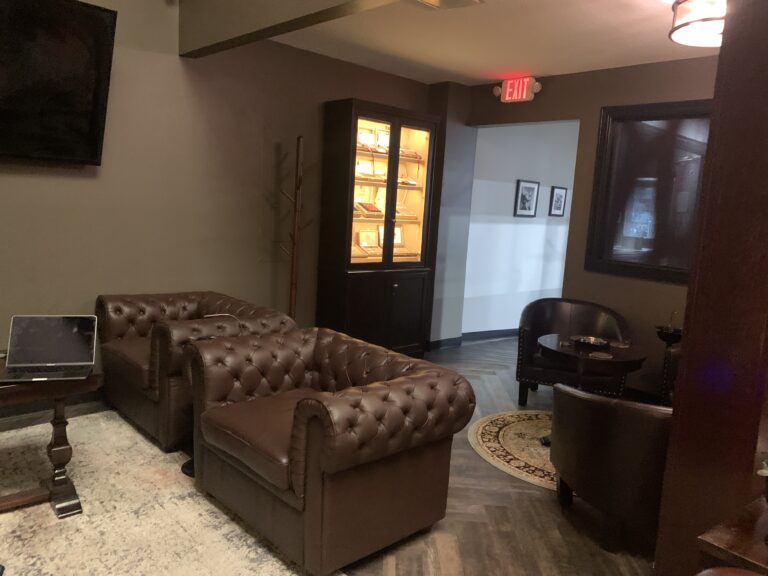 Brian quickly pointed me to a boutique call the Illusian Garagiste and explained that it has a red wine taste, that is predominate in the first third, usually disappears in the second third and then reestablishes it’s presence in the final third, well that sounded interesting, so I said why not! (sorry, I smoked it before I took a pic, but I will include a pic of the celofane with the name on it (don’t know what I did with the band) 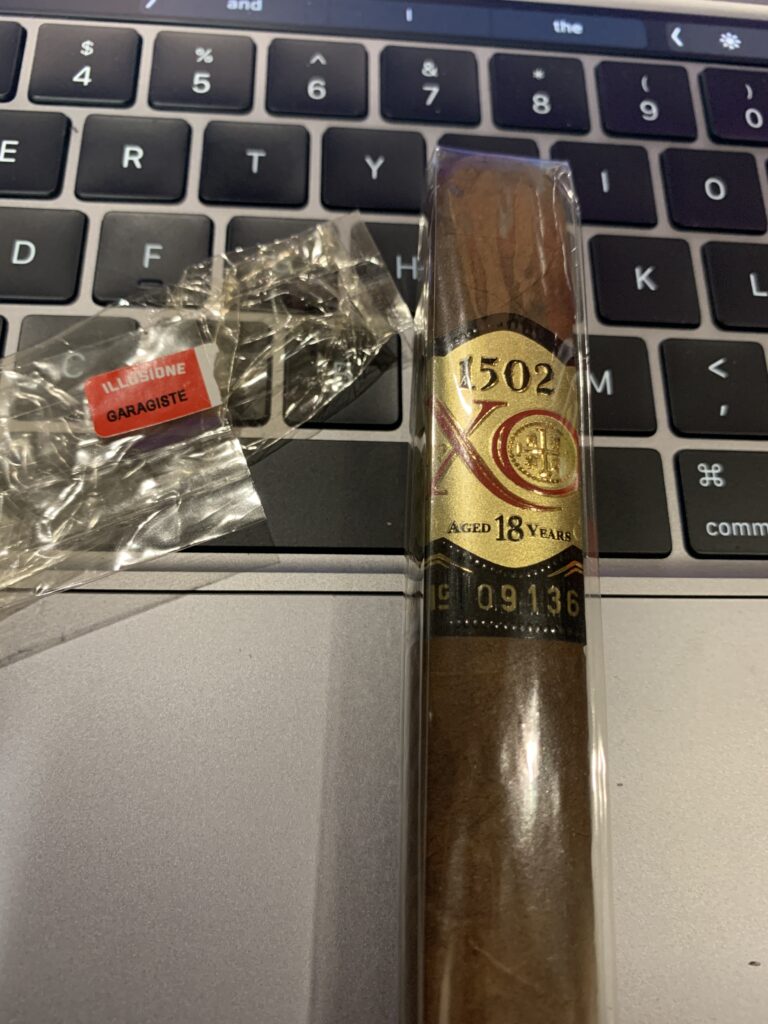 He also recommended a cigar called GPC 1502 XO. The selling point on this stick, was that the tobacco was aged for 18 years. I don’t think I have ever smoked a cigar with tobacco aged that long, so that was an easy sell. ( I will probably put that in my review humidor and let it age a little longer in there, then review it).

Brian was a great host and he showed us lighter that uses Rosinol fluid and was made in 1910. I will try to remember to put the little video that I took of it in the post. 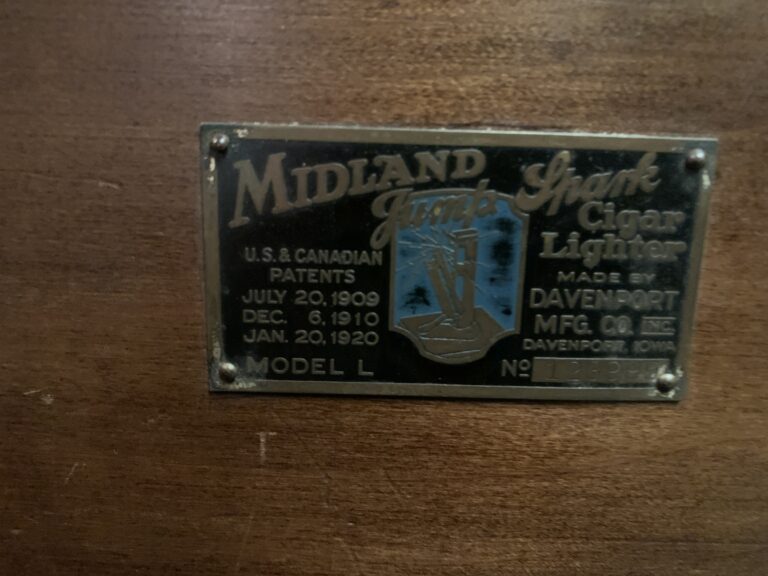 Betcha didn’t know, but Davenport was once one of the largest cigar producing cities in the good old USA. It’s true and they have a big book that proves it called “A History Of Cigars In Davenport Iowa”. So now ya know! 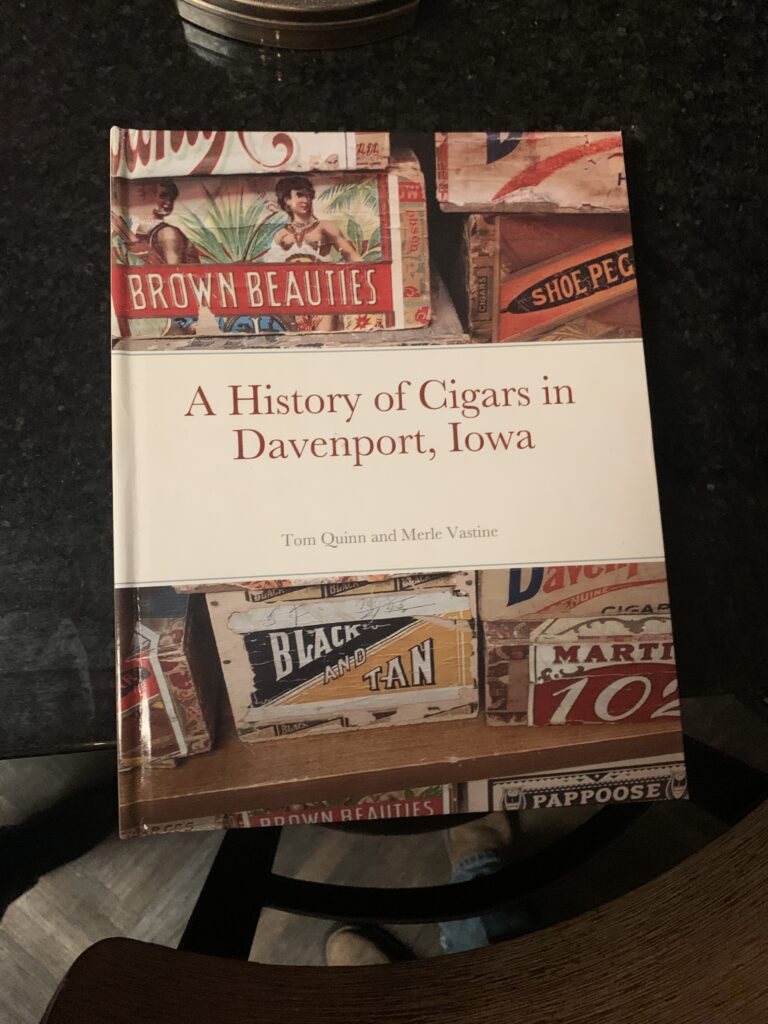 With Cigar Pals, you not only get to share our cigar adventures, but also you get a little bit of history in the process.

Got To Meet Some Of The Gang

I tell y’all often that I highly recommend, stopping long enough to meet some of those guys in the cigar lounge and listen to them as they talk about cigars and their adventures.

The Drawing Room was no exception in that regard and I had the privilege of meeting some of the regulars and hearing about their experience and how they came to be members at the Drawing Room.

I kinda caught the story in bits and pieces from a few of the members. Seems there was another cigar shop in town, where several of them hung out, but for some reason they had to close down, so the guys didn’t have anywhere else to go to enjoy a stick.

Then in short order two places opened up, one of which was the Drawing Room. I wasn’t able to get over to the other place, but we will put that on our list of things to do the next time we are in Davenport.

I met several of the guys and will include their names and pics if Deb got them, I think she did. 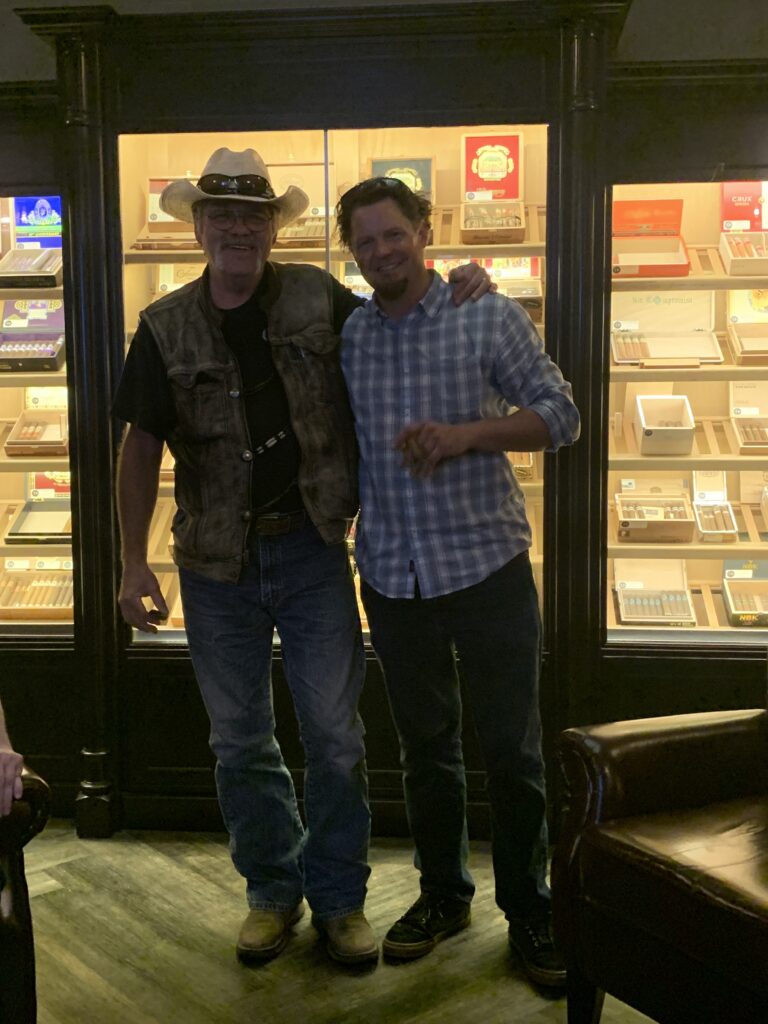 Later on in the early evening, Erick the owner came in just to meet Deb and me, which I think is really cool and exemplifies the spirit of the place. He didn’t stay long, but for the brief time he was there and the conversation we shared, I easily identified him as a brother of the leaf and look forward to my next trip to Davenport and the opportunity of a longer visit with him.

No Doubt About It

No doubt about it folks, this was a fine cigar adventure, and we will not soon forget the warm welcome extended us by the folks at The Drawing Room.

I have enjoyed many great experiences in Iowa over the years, not just with cigars, but in many cycles of my life and the people in this state have never failed to make me feel welcome. I am somewhat awestruck by the warm welcome at the Drawing Room, but I don’t know why, since that has always happened when I am in Iowa.

You can check out my post from last summer at the Dublin House where we experience that same type of attitude.

So if yer ever out this way and wonder what to do in Davenport? Have A Cigar!

Please feel free to leave comments, questions and suggestions in the box below and as always