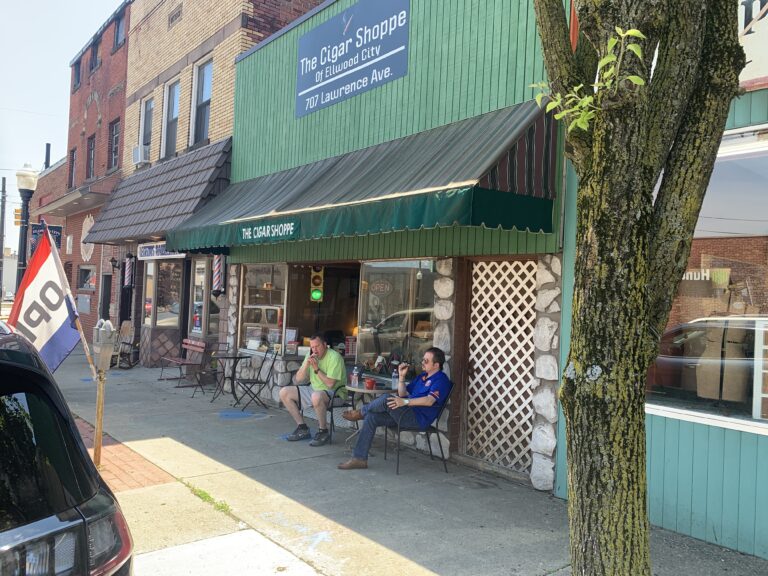 While I have been in and out over time, I have not taken the time to catch y’all up on what’s been happening here.

There Have Been Some Changes

As would be expected there have been some changes. Not necessarily good or bad, but life is always changing. 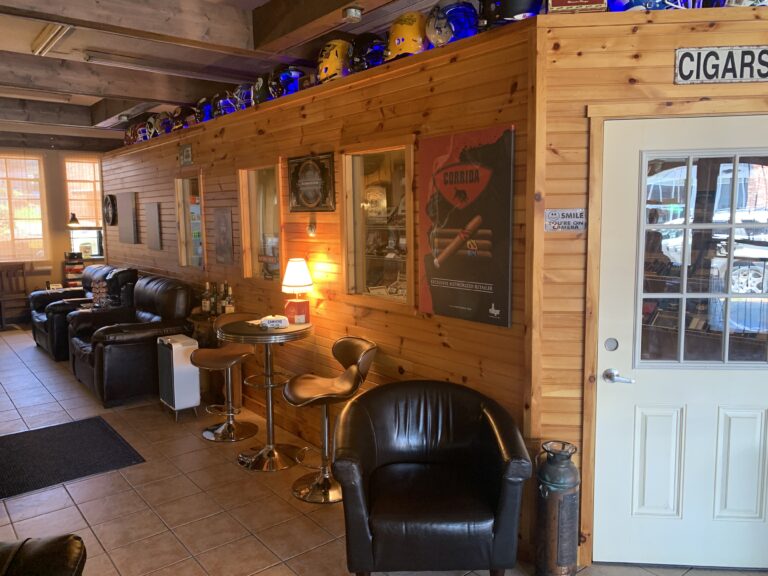 I guess I will start with the biggest change, that I think I felt the most is when Rich Yonlisky had to let go of his share of the partnership for health reasons. I always enjoyed hanging out and talking with Rich. Over the time he was there, I feel like we became friends and I got used to seeing him there, so I really miss him. 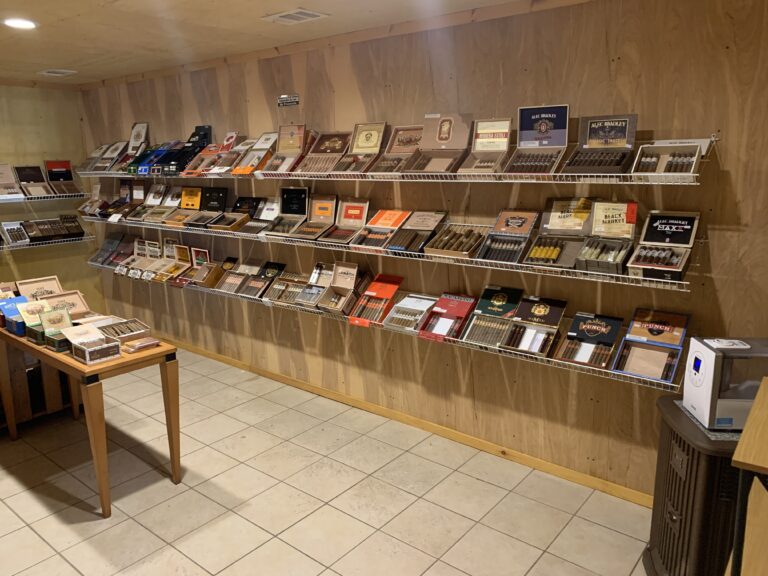 Rich sold his half to Chuck Rubino, so now Tom Plunkard and him are the owners and work together to grow this little business, that pretty much started on a thread. 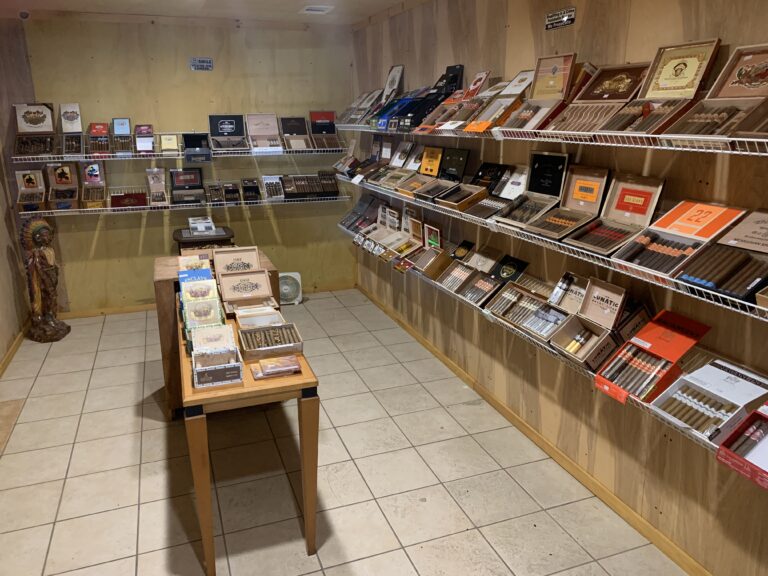 Another member of the original cast of The Cigar Shoppe was Steve Busby, moved on and I used to hear from him every now and then, but it has been a while. I like Steve and enjoyed talking cigars with him, he was a wealth of knowledge and turned me on to boutique cigars and to complexity in a stick and y’all know how I am about complexity!

When the shop started, I was really impressed by there business model, which was, they chose to not go in debt up to there eyeballs by buying $100, 000 worth of cigars so they could get the big names, not knowing if they could sell those cigars. 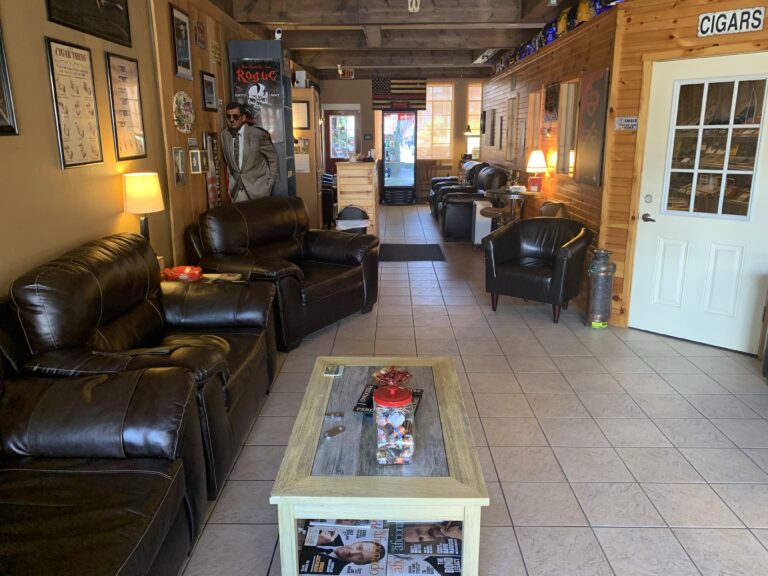 They started slow and I will be honest, the first time I walked into their humidor (which is a pretty nice size) I thought, oh wow, the pickins were slim, to say the least. They did however have some nice boutique sticks that I found out I really liked.

Today, the humidor is pretty full, with many name faces as well as some of the boutiques.

What Else Has Changed

Besides the fact that they have a much wider selection, they have also opened a seating area outside in the back and it’s not unusual to ride down Main Street and see a group of cigar smokers sitting at a couple of tables in front of the store. They also have a collection of Football helmets high up on the walls and above the humidor, which is pretty cool considering that Ellwood has always been a huge football town embracing the local high school team (the Wolverines) as well as the college teams of Pitt and Penn State and of course, The Pittsburgh Steelers. 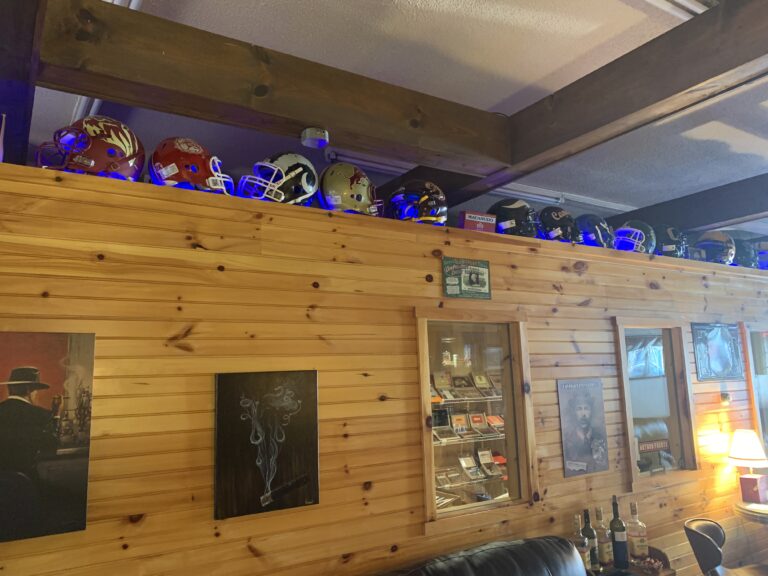 Glad you asked! The Shoppe had a booth at the recent fundraiser for Childrens Rescue Initiative, sponsored by the Remnant Sons MC, you may remember that I recently posted a story about smoking with them at the Cigar Shoppe. 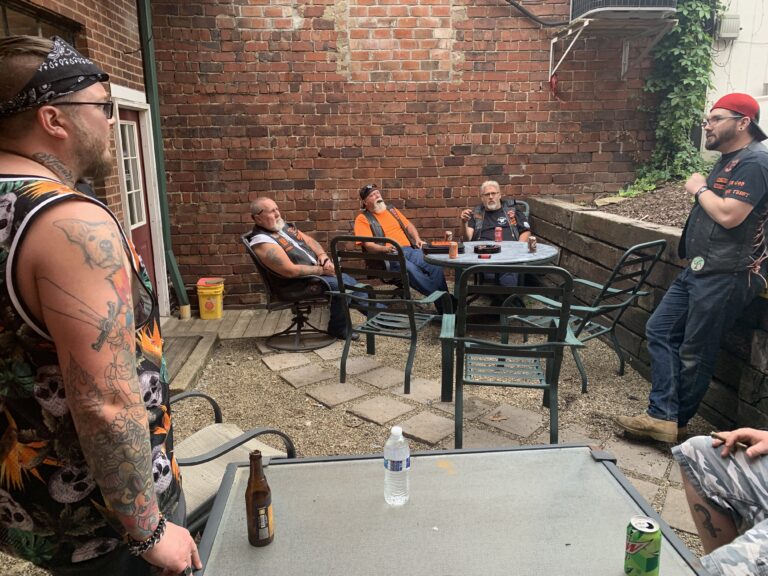 The Shoppe also has been invited out to some golf tournaments to set up and sell cigars, so they are staying pretty busy.

I am very happy to say that they, like so many cigar shoppes that had to go through the Covid Pandemic, were able to survive and come through relatively unscathed.

They told me about how the community came together and supported local businesses, with people who don’t even smoke cigars, would buy them for friends and family that they knew smoked, just to help out another local business.

I was proud to have the opportunity to do an interview with the current owners, Tom and Chuck and talk to them about the progress and changes that have come about in the three years that they have been in business.

Always Near And Dear To My Heart

Any time I am in the area, I try to spend a lot of time at the Cigar Shoppe, because they really are a blast from the past, at least Cigar Pals past. I guess that I consider them my home cigar lounge/shop and will always have a soft spot for the place.

Should you find yourself up around Ellwood City, you have to check them out and of course tell them that you heard about them from Cigar Pals.

As always, feel free to leave comments, suggestions or questions in the space below.