When you are in the Cleveland Tennessee area and find yourself running low on cigars, there is a place that I know of and frequent every time I am in that part of the country called Williams Tobacco and the owner is Marvin Williams.

Marvin’s is the best place to buy cigars between Chattanooga and Knoxville. If it’s Tennessee tobacco you after, his is the place. Just kidding, he doesn’t sell tobacco made in Tennessee ( I don’t think), but it’s a good keyword, thus the title. 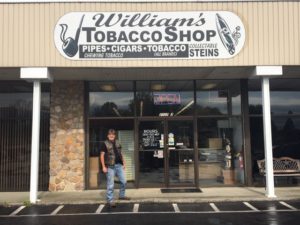 A couple of years ago, I was on an Outage at Sequoyah Nuclear Plant just outside of Soddy Daisey and got talking to a fellow cigar smoker in the smoke pit (that’s where we smoke at) and got to asking him where he got his cigars at.

I was staying in Chattanooga and while there was a nice cigar lounge there, they didn’t carry a good selection of bundled sticks and because I smoke a lot, I usually buy bundled and then save the nice ones for non work smoking.

He told me about Williams and the next day off I had, I headed over to Cleveland to check em out.

This Is What I Found At Williams Tobacco

I rolled up to Williams on the Harley and walked in to find a long counter to the right with the usual accessories, and then to the left were a nice selection of humidors. 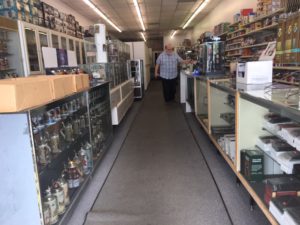 I walked up and started talking to Marvin and telling him about the guy at work who had told me about the place. He immediately knew who I was talking about (Marvin doesn’t forget his customers)

He showed me to the bundled cigars, which like most of the cigars he sells are in stand up cabinets with glass doors, each with a lock. 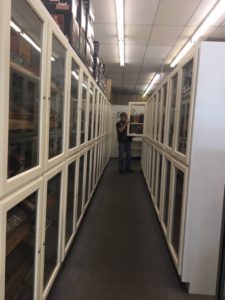 Another time my buddy Bob Murray and I were on an adventure together on our way to who knows where (When we ride together, it really is about the journey and not the destination). 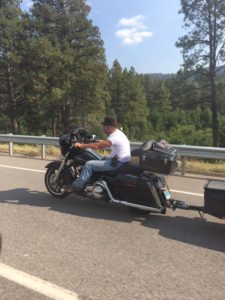 We had stopped in Murphy, NC so Bob could take care of something in his storage unit, and it was getting a little late in the day and Bob ran into some unexpected issue with his truck.

I looked at my phone (that little hand held computer, that tells me everything) and it told me what time Williams would be closing and I checked the GPS to see if I could make it and it was going to be real close.

I called Marvin and told him I was on my way and asked if he could leave the light on for me and he said he would. So I told Bob I had to go and jumped on the scoot and hauled butt.

I had to go along the Ocoee river (a lot of twisties, but traffic can come to a crawl.

Before I split with Bob, I notice that a work pal of mine named Aaron had been trying to reach me, but I didn’t have time to call him back.

So there I am blasting along the Ocoee and I come up on a wreck that had just happened. An Eighteen Wheel Tanker had gone off the road. I got by pretty quick…..just in time to hit a gully washer of a storm.

By now, I’m running low on fuel and need to don my rain gear, so I pull in to the first gas station that I come to and there stands my pal Aaron talking to some girl, he sees me and breaks into a smile, I wasn’t smiling. I was soaked to the bone and running late for the cigar shop.

I fueled up and donned my rain gear while chatting with Aaron and apologized because I had to run.

I made it to Williams’ about 10 minutes late, but Marvin true to his word was waiting for me. Wet as a drowned rat!

Bob was supposed to meet me in Cleveland, but he had to turn around and go back to Murphy because of that wreck. We didn’t see each other again till mid-afternoon the next day.

My Most Recent Visit

When I am within a hundred miles of Cleveland and need cigars I will make a point of heading for Williams Tobacco, where Marvin is always ready with a smile and a key and the most recent visit was no different. 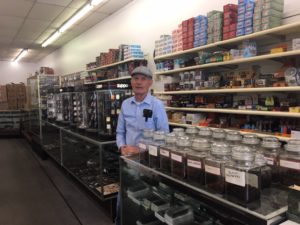 I got to introduce Debbie to Marvin and she had a good time shopping around (I don’t think Marvin gave her a key( she’s kinda shifty)). I stocked up, since we were on our way to Minnesota and I didn’t know what the cigar situation would be and I don’t take chances on running out of cigars.

Marvin carries quite an assortment of the big names and he gets a lot of his bundles from JR and I doubt he makes much on them, because they are the ones that are comparable to others, like CAO and Romeo Y Juliet etc… He offers very great prices on everything.

Give Him A Try

If you find yourself over around Cleveland, TN and looking for the best place to buy cigars, stop by and see Marvin. Don’t forget to tell him that Chuck at Cigar Pals sent you for some Tennessee cigars.

As always, feel free to comment or ask questions below. I really appreciate it when you do and it helps me out with my ranking on Google.