I have never reviewed a Rocky Patel cigar, and I saw this one a couple weeks ago and thought why not. So today I will do a cigar review of the Rocky Patel Special Edition 60. 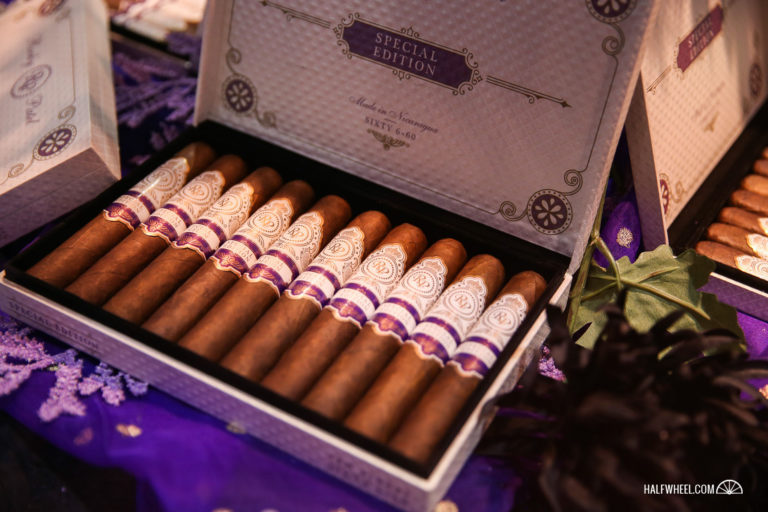 It has been reviewed numerous time, so Cigar Pals is probably not the definitive authority on this cigar, but we will smoke it and tell ya what we think, since you may have not seen other reviews on this one!

This appears to be a medium to full body stick, 6×60

Burn: Not bad, not perfect and a little sketchy at times, but it corrected itself and needed no relights

Flavor Profile: Early on Pepper, then moving to sweet chocolate, raisin, and earth tones, some hints of coffee. The flavors kinda faded early and was primarily earthy, until right at the end, when I got a pleasant shot of cocoa.

This was an alright stick, but not something that I will probably smoke again, and that would be, because the price is higher than I want to pay for a cigar of this caliber.

Bear in mind that this cigar has a lot of great reviews, so my pallet may just not be sophisticated enough. There was some complexity to it, but seemed to be short-lived.

I wasn’t disappointed, I just wasn’t wowed! You might enjoy it!

In the early 1990s, the premium cigar market began to drastically change. Rocky Patel lived and worked in Los Angeles as an entertainment and product liability lawyer. Through a friend, Rocky was introduced to cigars and became instantly fascinated by them. He joined the Grand Havana Club in Los Angeles as one of its founding members. While dabbling in various investment ventures, Rocky was approached with a business plan to manufacture cigars. It was still the early days of the cigar boom, and Rocky was still apprehensive. However, the investment was made, and the inaugural Indian Tabac cigars rolled in Honduras began to flourish on the American market.

While his friends and colleagues had said, “Don’t be foolish, you’ll never make it in the cigar industry,” Rocky had already completed the first step of his journey. In 1996 at the RTDA trade show in Cincinnati, Ohio, Indian Tabac Cigar Co. had arrived. People flocked to the booth to purchase hundreds of these new, brightly packaged sticks. Rocky felt that it was up to the young companies to come into the marketplace with fresh ideas, bold packaging and fuller cigars. With his eye-popping packaging, Patel has gone against the grain and the strategy certainly paid off.

I borrowed the above statements from this site and you can go there and find out the rest of the story!

I have a couple of reviews that I have recorded and will be editing and posting in the near future.

We will be smoking the E P Carrillo, (Capa De Sol) where I will review that stick and tell you about my tour of their factory and a little about their history. I love this company, because of the personal touch!

I will also be reviewing the Montecristo Monte! This is a favorite of mine and while doing my due diligence, I discovered some interesting facts about them that I am anxious to share with y’all.

So there you have it, we have done a cigar review of the Rocky Patel, Special Edition 60. I hope you’re happy now!

As always folks, feel free to comment, ask questions or suggestions in the section below (this really helps my Google ranking).

Speaking of ranking, I was looking at the numbers today, and since I have been working my butt of on this blog, Google has decided to reward us and our numbers are up, across the board.

We are ranking for 21 keyword phrases on page 1, that is a big deal for me!