Here I am scouting around checking out Pennsylvania Cigars in Amish Tobacco country.

I plan to in the next couple of days, roll over to Lancaster, which is where the Amish Tobacco comes from and investigate the recent resurgence of Pennsylvania tobacco in many premium cigar blends. 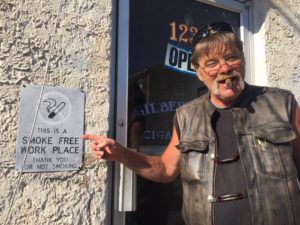 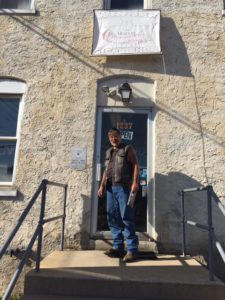 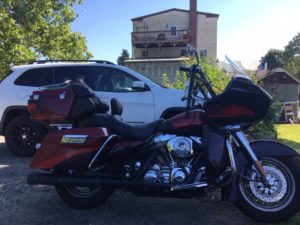 The other day, Deb and I started scouting out the local shops and came across Gilbertsvile Cigar Factory, which to my delight was quite a find.

We rode down on the Road Glide and found this massive three story building. We parked in the back and walked down along the side of what was once a large factory.

When we got around to the front door, there was a sign that had me baffled for a moment, it said: “This is a smoke free work place, thank you for not smoking”

I thought, not one of those! I had heard about such places but had yet to run across one.

We walked inside and were greeted by Chris Lenzo and I told him who we were and what we were there for. Looking over a tall wall, I could see smoke rising from the other side. 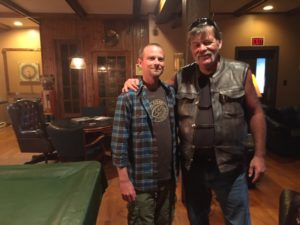 I said Hey Chris, What’s with the sign, and he told me that it was there when they bought the building and they left it there as a joke!

That was a load off of my mind!

Chris gave us a warm welcome and showed us around the shop, which is not real big, but has some unique features.

There is a front lounge area with leather chairs and big screen TV, we then went to the members lounge and what Chris told me next, was what blew me away. 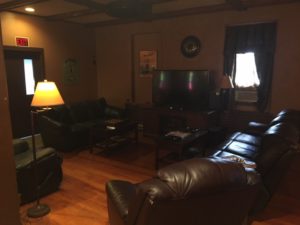 There is a separate entrance to the members lounge and a door that closes it off from the shop. Outside there is a keypad and members can let themselves in 24/7 and have a comfortable place to sit and enjoy a stick, which they can keep in there private locker along with the beverage of their choice that they can keep in there.

Next we checked out the humidors (there are 2) I forgot to get pics inside, but Deb didn’t  and there were a plethora of faces, from all the big names and several obscure brands that you rarely see. 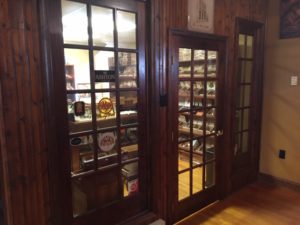 I picked up an MBombay, a Charter Oaks Connecticut, what I think is called a Fable Fourth Prime just to name a few. 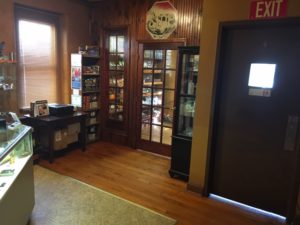 We sat and chatted with Chris for about an hour, talking about his history in the tobacco industry, which I believe spans 20+ years including several years with La Aurora and Miami Cigar. 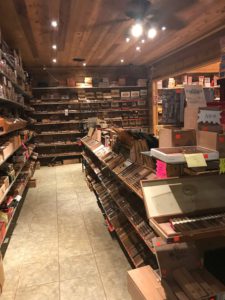 So So you find yourself in the Gilbertsville, PA area, stop in a see Chris and have a stick and tell him Chuck from Cigar Pals sent you. 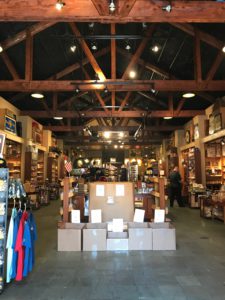 The next place we hit was Cigars International in Bethlehem, PA Online they called it a Superstore, but it is not nearly as big as the one in Hamburg, PA, but it was fun.

One of the things that is unique about CI is that there stores are giant humidors and from the time you walk in the door, you are in the humidor.

The other thing that is special about CI is there online store. They are probably the biggest one in the world.

Had a good time wandering around checking out all the deals, one that really stood out was the huge cardboard box full of five packs of their discontinued cigars. 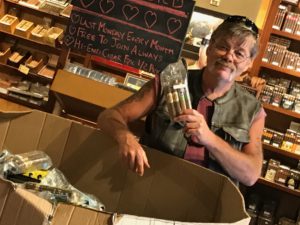 I didn’t purchase any, but it was fun digging through the piles.

I was feeling under the weather, but still had fun talking to the staff and got a great tip on a most excellent cigar called “Camacho Imperial Stout, Barrel Aged” and I did a review on that stick that you will want to check out.

Of course, in a place like that, I spent way more than I had planned on, good thing I wasn’t feeling good, or I probably would have spent a lot more. 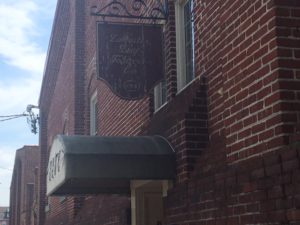 So today I took a putt over to Lancaster, PA to check out the Pennsylvania tobacco scene. I figured I would scope out Lancaster Leaf Tobacco Company who is a subsidiary of Universal Corporation, the leading global leaf tobacco supplier. Lancaster Leaf manages Universals dark air cured tobacco operations.

Sometimes things just go right for me and this excursion proved to be one of those times. I had contacted Lancaster Leaf a couple weeks ago, but had not received a reply from them.

Not one to be deterred by the little things when it comes to a cigar adventure, I just showed up!

I first went to their factory, and when I rolled up, I could smell the sweet essence of tobacco permeating the air. What a smell, kinda makes me weak at the knees.

I went to the main entrance and rang the bell and explained over the intercom, what I was doing there. A few minutes later a nice lady came through the door and told me where to go!

No, really, she told me to go over to the main office downtown. I got over there and was having a hard time finding the right entrance, so in frustration, I sat down and googled the phone number and called.

They put me through to a nice guy named Thomas Stephenson, and he said, didn’t you call a couple weeks ago and I said Yes Sir, (I am always polite when I want something) and he apologized for not getting back with me and told me how to find the right door and come in.

This Went Better Than Planned

I walked around to the front of the building, about 40 feet away and about 20 feet down was an awning covered door, with another intercom. I buzzed and they let me in.

Thomas met me when I got to the top of the stairs and invited me into his office. I told him who I was and what I was trying to find out, which is “why the sudden resurgence of Pennsylvania tobacco in premium cigars”?

I guess that was a bit of a surprise to him and I mentioned some companies who were using said leaf in their cigars and one I mentioned was Drew Estates.

He then asked me if I was going to be around on Saturday and I said, that I probably was and he asked me if I wanted to go to an event that Drew Estates was hosting called the Pennsylvania Barn Smoker.

I said sure and he said I could have his ticket, because he would not be able to attend and then he told me to go by the Lancaster Leaf booth and one of the guys could probably arrange for me to meet Jonathan Drew.

I am in awe, not that I might meet Johathan Drew, but that someone I just met would arrange for me to have this experience!

But then again, we are talking about the cigar community here, and they never cease to amaze me at how much they are willing to share.

Thomas was getting ready to head off to a meeting somewhere and regretted having to cut our meeting short, so I thanked him for his time and the ticket and was on my way.

Keep checking back, cause I’ve got an awesome cigar review to post and will be telling y’all about the Pennsylvania Barn Smoker.

I will have pics of the tobacco fields around Lancaster and tell you about who I meet at this big event, which by the way is a fundraiser for Cigars for Warriors.

Thanks for checking out Pennsylvania Cigars / Amish Tobacco, I will tell you more about the Amish Tobacco in the next post.