Well folks, it’s been a wild and crazy ride since the trailer and the Harley burned up and I have to apologize for my long absence.

While I have not been posting regularly, that doesn’t mean that we have not had any cigar adventures.

In this post I am going to try to catch Y’all up on what’s been happening and tell you about my new “old Harley Davidson” and about some new cigars I have had the opportunity to try out.

So here is the dilemma that I had been facing: As Cigar Pals, I am a guy who rides around the country on my Harley, having cigar adventures.

When the Harley burned up and I was left in limbo, I became “just a guy”! I didn’t want to be a poser, so I wasn’t sure what to do about the blog.

As I said above, we have still had some cigar adventures, because I will probably always smoke cigars, with or without a scoot!

I am happy to say that I found a new bike and am back on two wheels! 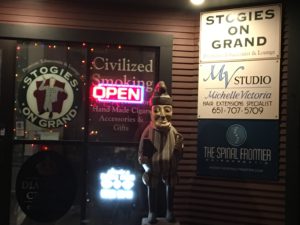 I last posted from Minnesota while I was working a job up there. The last cigar adventure we had in MI was at a place called Stogies on Grand.

One of the guys that I met in the smoking area at the plant I was at told me about it, so I felt obliged to go check it out.

Stogies is on Grand street in St Paul in an old house converted to a cigar lounge. Not real big, but has a nice size humidor and it is one of those warm comfortable places that I like so much.

They have a great selection of cigars, everything from name brand to obscure faces that you probably haven’t heard of, but are well worth trying out.

This will probably be a long post and we didn’t stay long, because we got there late and had a long drive back, but if you’re in the area, I highly recommend them.

I had been looking for a new bike almost since the fire, I found a few and one in particular that I liked, but after 13 years with a bike note, I had decided that I did not want to go back into debt and that meant that my choices were limited.

We had just gotten back from Minnesota to South Carolina and were in a rush to get down to Texas for my granddaughter Graces high school graduation, when I found a bike that I was pretty sure I wanted.

Guess where? If you guessed Minnesota, you would be right!

We got up early in the morning with every intention of going to Texas, but I realized that I would have to take the new bike to Texas to get it registered, so we needed to head for Minnesota, so I hooked up the trailer and off we went.

We hooked up my trailer and hauled butt up there and made it in a day and a half. Then had to wait for the young man who owned the bike to get off work.

When I saw the bike a 2000 Road Glide Screamin Eagle, I knew right away that if it was sound, it would be my new bike. 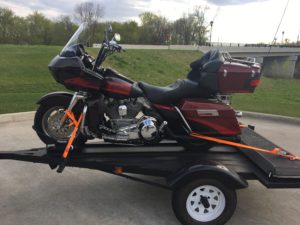 The bike I had before the Ultra (that burned) was a 2008 Road Glide and I put 140,000 miles on it and have pined for another one ever since (in 2014 when I bought the Ultra Classic they didn’t make a Road Glide)

I got on that bike and road it around the parking lot and it was like I had never been off one.

So we loaded it on my trailer and off we went, headed for Texas! 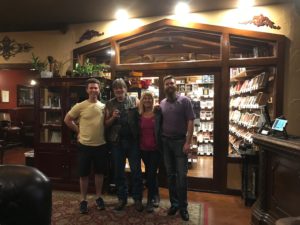 When we got to Texas, we stopped in Fort Worth to visit the guys at Paladin Cigars whom we had come in contact with while Debbie was trying to figure out a way for us to get our Cigar Pals cigars.

These guys do business with Profeta cigars and we hope to use them to get our cigars from the DR.

These are some wonderful folks and they have a nice cozy cigar lounge. The humidor is well stocked with a lot of Dominican cigars. Bruce and Diane have many contacts in the DR and spend a good part of the year down there.

We had a grand time at Paladin Cigars and hope y’all will stop and visit with them if you are in the Fort Worth area. 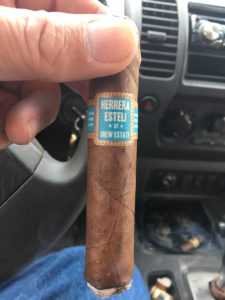 I really wasn’t impressed, I know a lot of folks really like this stick, but I just aint one of them. 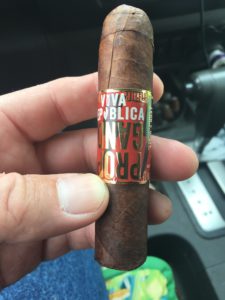 Sorry, I can’t find a place to buy these and don’t remember where I got em!

I liked this a lot, don’t remember now what I liked so much (I need to keep a journal) but I remember really liking it!

Here is a nice review 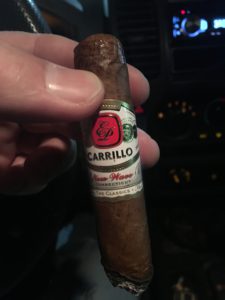 You just can’t seem to go wrong with Carrillo, This was a really nice smooth stick  with a lot of flavor, especially for a Connecticut!

Ok, so I talked about some new cigars. Keep checking back, I have a few new cigars video reviews that I will be posting real soon, just have to edit and upload!

We left Fort Worth and proceeded to San Antonio for my granddaughter Grace’s high school graduation. She has turned into a beautiful young lady and I am so proud of her.

We left San Antonio and went back to Frisco Texas to meet Mark, a guy who I was looking at buying his bike and found out that he liked a good stick and wanted to take me to a place he liked to get cigars from 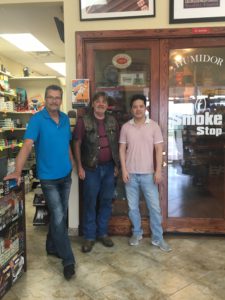 With Mark and Albert at the Smoke Stop

So we met with Mark and his wife for lunch and then on to his favorite cigar shop “The Smoke Stop” and met Albert who is one of the owners.

They are a tobacco store, but have a nice humidor with a lot of faces.

We headed East after that and stopped by to see Doug and our friends at the Smoke Shoppe in Birmingham, Al.

I have a post about them from last fall and always like to stop by when traveling anywhere near there. They are one of my favorite cigar lounges.

We left Dougs place the next morning and went to Cleveland, Tn. to avoid Atlanta traffic and hoped to stop at Williams cigars on the way, but got a late start and hit some bad traffic so we didn’t make it there.

The next day we made it back to South Carolina, just in time to get invited to the big NASCAR race in Charlotte, which was cool, but I think Rebel Deb and I enjoyed the bike ride up and back the most!

Shortly I was in need of some cigars and found a place in Anderson, S.C. called Piedmont Tobacco Company, where I met Kimmy and Bill.

This is a tobacco store, but they have a nice humidor and a lot of name brands. What I really like about them is that they have a great selection of bundles, which I buy quite frequently, since I smoke several sticks a day and unfortunately can’t afford expensive cigars all day long.

Deb and I were staying at my friend Rebels place while awaiting her new trailer when tragedy struck!

Rebel was at work and suffered a massive heart attack and didn’t make it.

Rebel and I have been close friends for many years and I would always visit with him when in the area. We rode motorcycles together and had many great times.

He wasn’t a smoker, as a matter of fact, he was extremely anti smoke and gave people hell all the time about it.

I was the exception to the rule and he never complained about my cigar smoke and would even let me smoke in the garage.

I will truly miss him!

So that about catches us up! I found an old Harley Davidson and smoked some new cigars since I last posted.

I have some cigar reviews to post and will be rolling on new cigar adventures shortly.

Also hope to have some Cigar Pals cigars soon, I will let you know.

As always, feel free to comment or ask questions below.