Hey Cigar Pals: You have probably heard me talking about the Montecristo Monte A J Fernandez cigar, since it is one of my favorite cigars.

I’m not really sure why that is, the flavor is not that unique and they are not cheap (around $12 a stick), but I have been a big fan since I smoked my first one.

So I thought that I would do a cigar review, since I had one in my humidor.

In 1935, Alonso Menendez purchased the Particulares cigar factory in Cuba with hopes of creating a new premium cigar brand. During this time, it was common among torcedores (cigar rollers) to have the famous Alexandre Dumas novel “The Count of Monte Cristo” read by a lector on the cigar rolling floor. Inspired by this tradition, Menendez gave life to one of the most well known cigar brands today – Montecristo.

From the very beginning, Montecristo cigars gained popularity due to their distinctive flavor, excellent aroma and superior quality. The tremendous success of Montecristo allowed Mr. Menendez to continue to grow his operation. Menendez brought on a new partner (José “Pepe” Garcia), and together, the duo created a new company – Menendez, Garcia y Cia. In 1937, the two purchased the H. Upmann factory and began producing Montecristo at this location.

Get Your Monte Here!!! 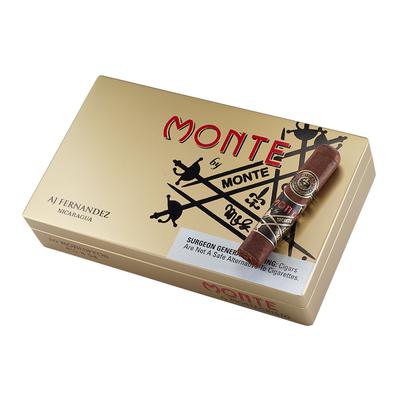 With continued growth, Montecristo gained world-wide fame and distribution. The legendary Montecristo No. 2 became a standard for premium cigars in the industry. The unmistakable logo, bearing six swords arranged in a triangle surrounding a fleur-de-lis, was designed by the brand’s British distributor and remains on the brand to this day. Montecristo cigars are now synonymous with luxury and the epitome of the high-end lifestyle. 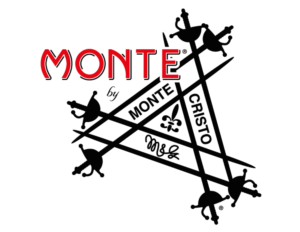 Following the Cuban Revolution, the cigar industry was nationalized causing Menendez and Garcia, like many other Cubans, to flee to the Canary Islands in 1961.

This is a Medium to Full flavor Robusto 4 1/2 x 54, manufactured at the AJ Fernandez factory in Nicaragua.

Burn: Nice and even throughout, no touch ups

For some reason, not disclosed in their website, Montecristo Cigars has two Montes’. Of course there is the AJ Fernandez stick that we have been doing a cigar review of and then there is an earlier version under the Montecristo name. I figured that I should tell y’all about this one, so ya didn’t get em confused (I’m confused trying to write this). 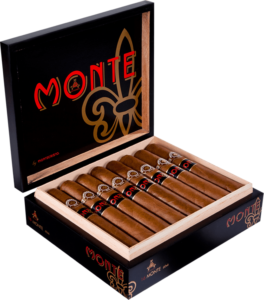 Here is what they have to say about it:

Each premium cigar in the Montecristo line is a distinguished player – the MONTE by Montecristo is no different. The MONTE’s signature feature is the inclusion of two binders: a spicy Dominican Olor combined with a strong and aromatic Nicaraguan Corojo. These two binders add new levels of complexity and strength to the smoke. Crafted by the Grupo de Maestros, Monte by Montecristo is one of the most robust Montecristos. The Dominican filler and Ecuadorian Habano wrapper put a revolutionary twist on an unforgettable classic.

So there ya have it folks, I don’t known what else I can say about the Montecristo Monte AJ Fernandes, except that once again, I really like this cigar.

While probably not something that the novice cigar smoker or those who prefer a mild to medium would enjoy, for those of you who are into medium to full flavor cigars, I would definitely recommend you try this one.

Please feel free to comment, ask questions or make recommendations for other cigars that you would like to see reviewed on Cigar Pals.

If you have been checking out the blog, then you known that I have been telling you about the great deal I got on the new Steve Saka cigar “Dondurma” very limited edition (only 1000 cigars made) and I expect to receive today and will review straight away.

Remember, you can only get these from the Secreto Cigar Bar in Michigan. Order yours today.