Today we will be reviewing the Macanudo Inspirado Red. This is a full body, Gigante 6×60. 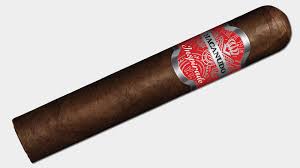 This stick had a lot of my favorite leafs in it and I anticipated smoking it.

Read the post and check out the video to see what I discovered.

What’s under the hood

With a line up of leafs such as this, I surely anticipated an awesome tasting cigar. The fact that there was Ometepe in it had my taste buds anticipating the rich sweet, spicy flavors that I have come to expect from that somewhat rare leaf.

The Ligero (pronounced “le-HAIR-oh’) ( I did pronounce it wrong in the video) did perform its function which typically will, when placed at the center of the filler, produce a slow burn. however, the spiciness eluded me, unless the harsh pepper on the retro hale was the spice they are referring to?

The leaf from the Jalapa region of Nicaragua is a mild subtle tobacco, usually used as wrapper, but here they have used it as a binder.

The Honduran leaf, grown in the Jamastran valley, is usually a Corojo, but could be a Connecticut. You don’t usually see a Connecticut in the filler, so I am assuming this was Corojo, which usually has an unique, somewhat sweet flavor profile. 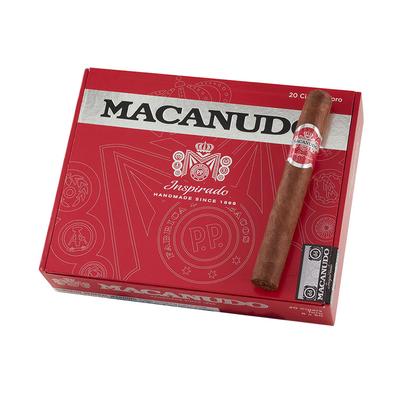 First Third: Pepper shot on lighting, backed off quickly and started tasting a nice mix of barnyard, chocolate, raisin and

Second Third: Still a lot of flavor, until the half. Then became very peppery and made it hard to pick up the nuances and the burn went crazy, very jagged.

Last Third: Started getting some flavor back, but short-lived and became very peppery.

Notes: With the variety of leafs blended into this stick, I was expecting a whole different cigar than the one I smoked. This

This cigar started off with a bang, and was living up to my expectations, maybe they put too much of the Esteli, or

the Ligero, but what ever it was, I was disappointed. I will mention that it had a long finish, which was nice in the

first half, but a long finish when I’m not enjoying it, just made for an unpleasant experience.

My Analysis Of This Cigar

So what can I say, actually a few things, first being that this is not a real pricey cigar, so I don’t feel like I didn’t get my moneys worth, but I was just expecting in the last half, what I got in the first!

I have a rule, cigar pals, when I review a cigar and my opinion is less than stellar, I will almost always smoke another one, because I go with the premise that, anyone can get a bad stick.

With that said, while I was writing this post, I was smoking another Macanudo Inspirado Red and the results were even more disappointing than the one I reviewed and I know for a fact that they were not from the same box, because the one I reviewed, I purchased in Texas and the one I just smoked, I got in Michigan.

I doubt I will purchase another!

That concludes this cigar review, but I do want to let y’all know that I have a new blog called Guitars and Cigar, Where I travel around the country on my Harley with a cigar box guitar, performing in cigar lounges.

This show will be launching in late May and we hope to kick off the tour at the Cigar Shoppe in Ellwood City, PA, where I did the very first Cigar Pals post.

I already have a couple of posts with some videos of me playing on the site and will be covering what it takes to put together this new act in the days, weeks and months leading up to my first show.

Check us out over there and as always, feel free to comment or ask questions in the section below.