Today’s cigar review class, will be the King Solomon, by Lucky Cigars out of south Florida (Don’t ask me, that’s what there website says and to contact them ya have to message them). 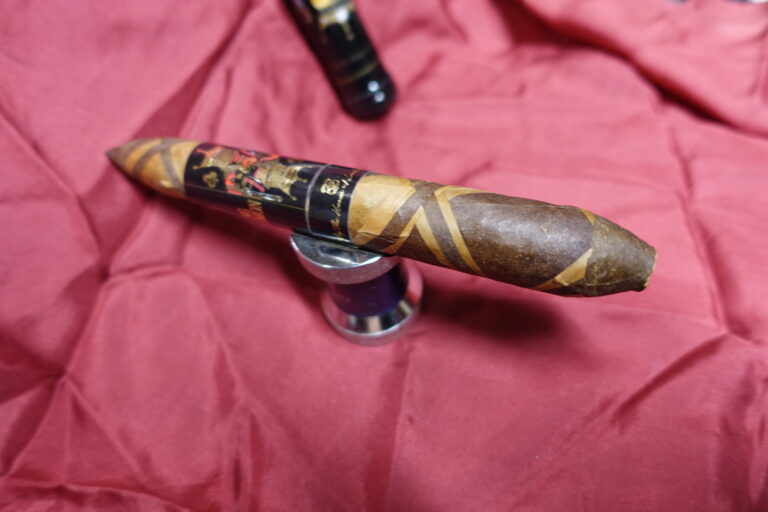 Y’all know how much I love the back story about who they are! They don’t have to have a two hundred year lineage in the cigar industry, but everyone has a story about why they got into the cigar business, their hopes and dreams, that kind a stuff.

So here I am, having to babble on to make Google happy and to entertain y’all. 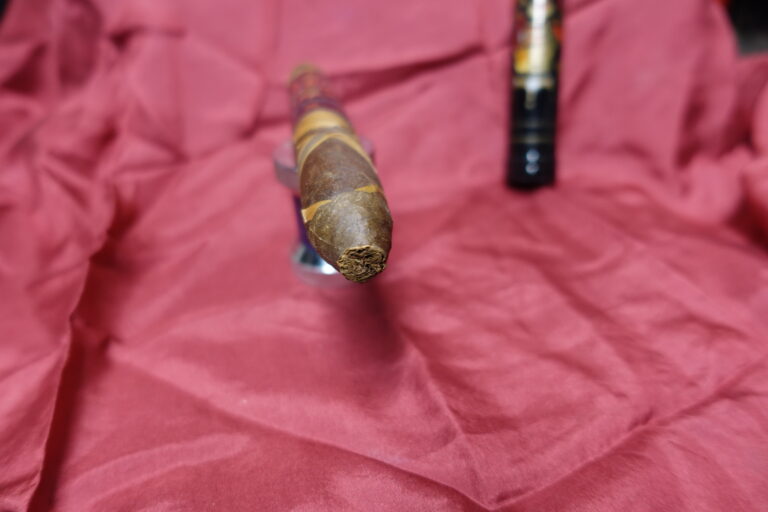 Recently at the PCA (Premium Cigar Association) trade show in Vegas, the night before the opening, when everyone was set up, but not open. I was walking around taking pics and video and this girl approached me and said “Lucky Cigars, we are the best” Now that was quite a claim considering that many of the big name cigar manufacturers were there. 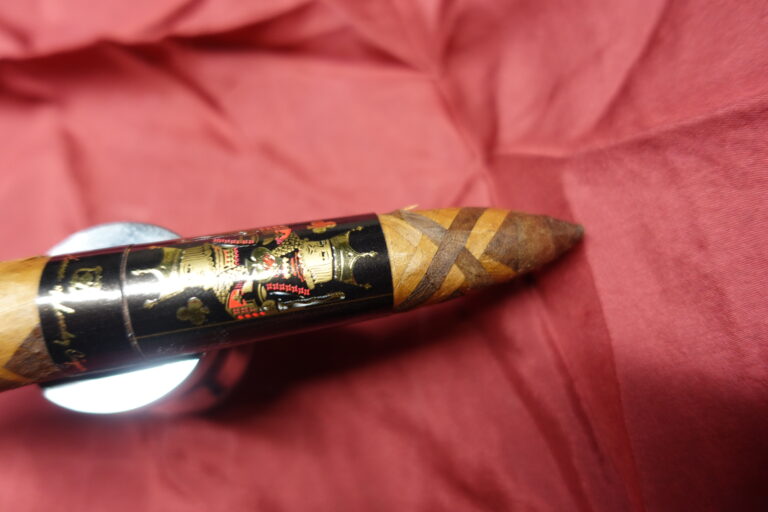 I kinda blew it off and went on my way, but low and behold, I did run across them on the floor and stopped to visit.

The same girl came up and started talking to me about their cigars, and I noticed that they had a cigar called the King Solomon. I made the mistake of telling her that I had one in my humidor that I planned to review (that was a mistake) she told me I should review it, but didn’t give me one ( she did give me a very potent Maduro to try).

Now the reason that I already had a King Solomon, was because when I visited Boxcar Cigars in Volant Pennsylvania, Ben who was behind the counter when we walked in, when asked by me “What’s your most complex cigar (I always ask that)” immediately replied that it would be the King Solomon, so I purchased one and put it in the humidor for review

Well this is gonna be short and sweet, since I can’t find out much about these guys on the net, other than, they sell cigars.

Burn: nice even burn, ash breaks in one in chunks, one of which dropped in my lap and exploded. By the end of the second third, the ash was dropping about every half inch (aargh)

Draw: not bad for this shape of cigar, slightly tight, but OK

Light Up: cedar, nuts and some chocolate, not enough to be called dark

First Third: cedar, chocolate and nuts, pepper starts to build at about a half inch. About halfway through the first third, the chocolate became more pronounced and there was a saltiness, kinda like a Snickers bar. Finish fades out fairly quickly

Second Third: Cedar is way back and just a touch on the finish, the nutty, salty sweet with the chocolate Snickery ( is that a word) taste is becoming very pronounced and the finish is holding up till the next puff. This cigar is becoming interesting. Still, have the pepper on the retro. Noticing that late in the second third, there is some bitterness developing (hmm). Must have been a stem in there, because the bitterness was gone by the end of the third.

Final Third: Not much changed in the final third. The cedar backed off and left the Snickery flavors dancing on the lounge and that nice long finish, pepper was very mild at the end

Notes: This was a nice smoke for the biggest part. The way the ash kept dropping was kinda aggravating. I have to tell you that up against companies like Plasencia, Fuente, Dunbarton and EP Carrillo, this cigar was by no means “Best In Show”, but it was a nice steady stick with some complexity to keep it interesting.

So here’s my thoughts on this stick. Over all, I like it and for the price I would purchase another Lucky Cigars, King Solomon. I like the Salomon shape and the complexity was enough to keep me interested. Something in the construction made that ash drop and that could be a problem, cigar to cigar.

There ya have it!