Good morning Cigar Pals: Back in May I introduced you to a company called La Flor Dominicana when I reviewed the La Nox, which was an awesome vitola. 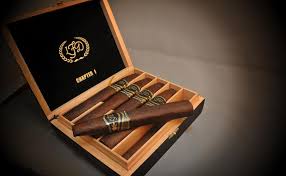 Yesterday, I was getting ready to smoke a cigar that I picked up at Tabak Haus in Fredricksburg, TX

When I was getting ready to light er up, I checked the aroma and noticed something that I don’t recall having encountered with such strength before. 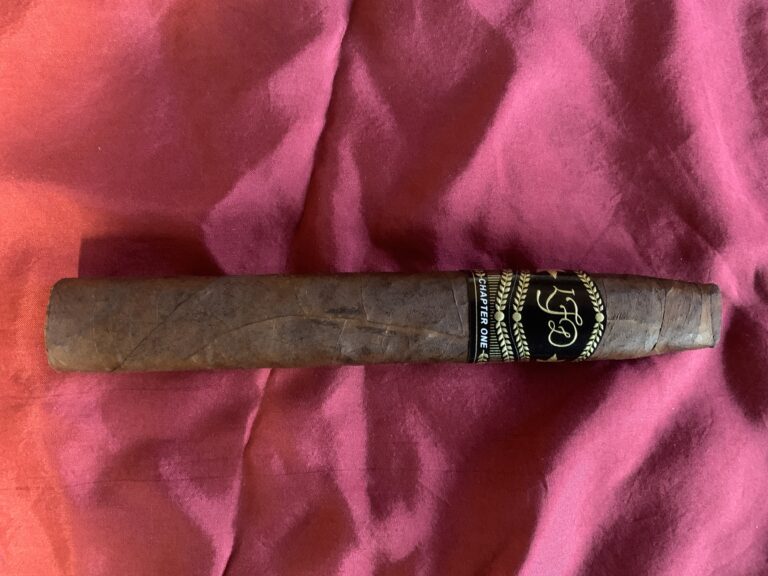 Black strap molasses! I thought wow, that’s unique, then I thought some more and said, no I think I will review this cigar and returned it to my humidor.

Lets talk a little about the company. La Flor was founded in 1996 by Litto and Ines Gomez. Litto was called by Cigar Aficionado “arguably the most innovative mind in the cigar business.”

He was a native of Spain and immigrated to Canada, then moved to Miami, Florida where he owned a jewelry store.

He was robbed at gunpoint of about $400,000 in merchandise and after that traumatic event, reassessed his life and decide to move to the Dominican Republic where he took up the tobacco trade (literally knowing nothing about the industry).

The brand name La Flor, was inspired by the flower of the tobacco plant, which signifies that the growing season is complete and ready for harvest.

Litto believes in quality over quantity and plants his tobacco further apart than conventional growers and also prunes several leaves off of the plant to allow for better air flow and sunlight.

Additionally, he lets his tobacco age longer than most other tobacco producers.

You can read an interesting article by Cigar Journal here:https://www.cigarjournal.com/la-Flor-dominicana-holds-only-cigar-patent/

The Chapter 1 is unique in that it has a chisel shape head, which interestingly enough is the first and I believe only cigar shape ever patented.

This cigar has been since 2013, however it is considered a small batch and while I don’t see it on their website, it is advertised on the major online retailers sites, however it seems to be on back order.

I don’t know if this is due to Covid or they just aren’t being produced.

The La Flor Dominicana Chapter One is the first cigar to be blended by Antonio Gomez, Litto Gomez’s son.

Light Up: Molasses, earth, floral, pepper on back of throat

Second Third: Smooths out and everything blends nicely, floral, earth, molasses and some pepper

Notes: while this was not a terribly complex stick, it did have a nice flavor profile, that was consistent throughout. For those who like a full flavor cigar, you might want to give this a try, not a bad price point for a one and half hour stick.

Final Thoughts About The FLD Chapter 1

So here’s my thoughts about the La Flor Dominicana, Chapter 1. I was not let down, I smelled the black strap molasses in the aroma and it came through on the cold draw and the actual smoking of this cigar,

This stick was not very complex, however, what complexity was there, stayed true throughout which made it a pretty enjoyable cigar.

I would definitely purchase another one and if you prefer a full flavor cigar, you should probably give it a try!

As always feel free to leave comments, suggestions or questions in the section below and let me know if you have had this stick or if you pick one up on my recommendation.

Sorry, I don’t have a link to one on Famous Smoke, since they don’t carry this vitola. Also, you might have to shop around a bit to find one, since most places I checked are on back order.

You can call Bob at the Tabak Haus (see link above) in Fredricksburg Texas and see if he can hook you up.