Today I will be doing a cigar review of the La Aroma De Cuba Noblesse, the latest in Ashton Cigars La Aroma series of premium cigars. Manufactured by Pepin Garcia at their My Father Facilities in Nicaragua. 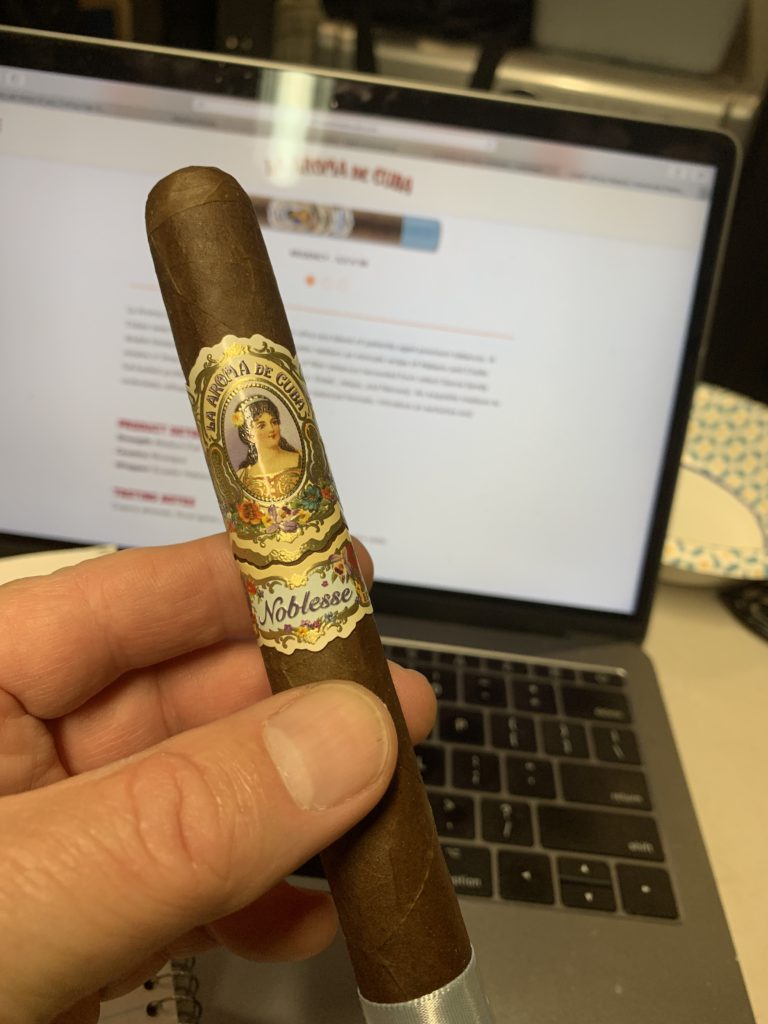 Debs friend Renee, suggested this cigar because she liked the band. Renee has never smoked a cigar, but her father was a cigar smoker and she reminisces about the days she would watch and smell the aroma from his cigars.

I completely forgot to tell y’all about what is in this stick, in the video.

Flavor Profile: Leather, Cashew, Chocolate and Honey. The honey and chocolate were in the early stages and then disappeared for about the second third, but came back like gang busters in the final third (very surprising).

NOTES: While this cigar was not real complex, it did come with some surprises. The aroma was very sweet and earthy, but the cold draw, was more of a leather taste than earth. When I actually began smoking this stick, it appeared to be mild to medium, but as it became more involved, the strength picked up and while I don’t think is approached full strength, it was definitely a solid medium.

Early on there was a sweetness of honey and chocolate, but it almost completely disappeared about a third of the way in leaving only the leather and cashew, but when I got to the last third, that sweetness came back even more pronounced than in the beginning and remained all the way until I put it out at about one inch.

Get A Box Of DE CUBA NOBLESSE Here!!! 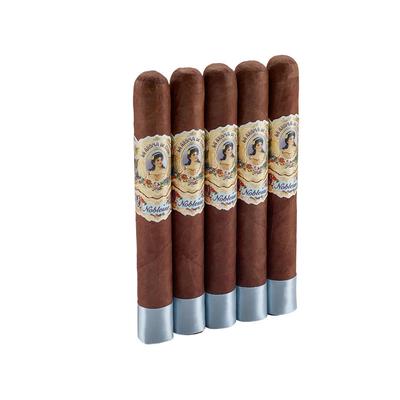 A Little About La Aroma Cigars

La Aroma De Cuba dates back to the late 1880s and in 1895 Winston Churchill went to Cuba during the revolution and developed his passion for the brand. Now 120 years later La Aroma De Cuba, has embraced a fresh and prominent heritage in Nicaragua.

Their revival began in the early 2000’s with several new releases, with boxes and bands displaying La Aroma De Cuba’s original artwork and was quickly embraced by cigar aficionados.

Today La Aroma is blended by legendary manufacturer Jose Pepin Garcia in Esteli Nicaragua at the My Father manufacturing facility.

You can read more about La Aroma and Garcia here!

And Some About Ashton Cigars

Their site say that they are among the most revered cigar brands in the world, handmade in the legendary Tabacallera A. Fuente factory, in the Dominican Republic, from only the finest aged tobacco.

Robert Levin created Ashton in the early 1980s after growing up and working at his fathers historic cigar company Holts Cigars in Philadelphia, Pa.

If you would like to read more about them, check out Ashton Cigars.

I hope you have enjoyed this cigar review of the La Aroma De Cuba Noblesse and please feel free to check out other cigar review on this site.

I’m sorry to say, that I have not been able to have any Cigar Adventures, due to the Corona virus, but I can still get cigars online and have many to review, this was one I especially enjoyed, so check back often

If you would like to, you can leave comments and suggestions in the section below.

If there is a cigar that you would like me to review, drop a note down there and I will see what I can do.