Hello Cigar Pals: I’m back – Did you miss me?

My humble appologies folks, I have been distracted and let the blog suffer.

I hope you will forgive me?

As you know, Cigar Pals is me riding around the country having cigar adventures and writing about them.

Most of you know that in April, we had a fire and my 2014 Ultra burnt up. I found a replacement motorcycle, a 20 year old 2000 Road Glide Screamin Eagle. I really like this bike, however with an old motorcycle, there are inhearant problems and bugs to work out to make it road worthy.

That is what I have been doing!

The short story is, that I had to replace everything in the cam chest, replace the lifters and push rods, then had to rewire the handle bars.

Just when I thought I had things worked out, the charging system went out and had to be replaced.

The good news is, the bike is running great and I feel confident that I can depend on it to get me to my cigar adventures!

The Adventure Has Continued

Even though I have not been posting, I have continued to have cigar adventures and I will attempt to catch you up. 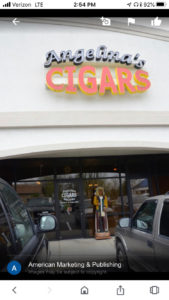 On the way to Pennsylvania, after leaving Illinois, Deb and I were driving down the road outside of Warsaw, Indiana I  saw a sign that said “Angelina’s Cigars”.

I said hey, and pointed to the sign, she said, do you think we should stop? I was like….of course!

We had to get off of the highway and run some side roads to find the place, but when it comes to cigar bars, i’m like a blood hound on the scent. 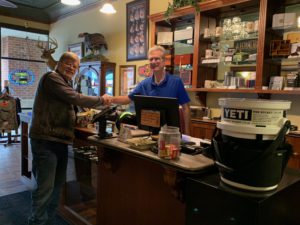 We went in and met Rick at the counter and introduced our selves. Rick took us into the lounge area and introduced us to Alan, who is the owner and after introductions and a bit of chit chat about what Cigar Pals is all about, he invited Deb and me to find something in the humidor (his treat)! 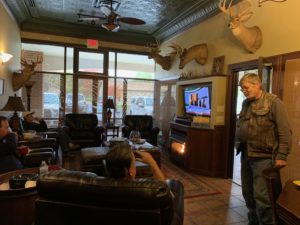 Talking with Alan, kind of like Tim talking to Wilson on Tool time

I always appreciate when someone offers me a cigar, but I am kind of funny about this type of situation, I hope that this is proper cigar ettiquet, so I opt to pick something that is a good stick, but not really expensive and in this case, I picked up about 5 cigars, but the more expensive ones, I paid for myself. 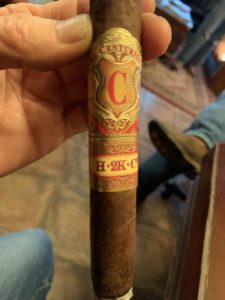 I think this is what I chose

If Alan had gone into the humidor and offered me something from the top shelf (just an expression) I would have accepted, but since he left it to me, I took the conservative approach.

Alan is a trophy dear hunter as evidenced by all of the mounts on the walls of the lounge. We talked a bit about his hunting and he is also quite the entrepreneur and owns several businesses. The cigar shop is more of a hobby than anything. 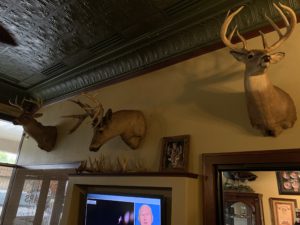 I asked him about the name: Angelina’s and who Angelina was. Alan told me that there is no Angelina, but that it was a marketing idea to create a cigar lounge that would be welcoming to women. (cool idea)!

They had a very nicely stocked Humidor with name brands and some boutique faces.

If you get over around Warsaw Indiana, do drop in and meet Alan and Rick and have a stick!

In November: I  had the opportunity to attend a cigar rolling event, featuring Don Gonzalez Cigars at the Cigar Shoppe in Ellwood City, PA

Don Gonzolez is a Nicuragua based cigar company who originated in Cuba and only uses Cuban seed in their cigars.

Unfortunately, I smoked all of the cigars that I picked up at the event, with the exception of the pipe cigar that will be featured in this post.

Don Gonzales Cigars is a family business  that dates back to Cuba, before the infamous Fidel Castro. Don Gonzalez has ties to tobacco that date back to the 1930’s in the Pinar Del Rio region of Cuba.

Although it is a family business, Don Gonzales took full control of the company 13 years ago. Once he took the reigns, he completely revamped and re-blended the entire line. Nothing in production now is the same as it was 13 years ago. He changed everything to fit the ways of how people are smoking today, their palates, and what worked best for him and his brand. The Don Gonzales cigar company only uses pure Nicaraguan tobacco.

Paul and Pastor Dave and Rich were there, to name a few, we had a great time and smoked many cigars! 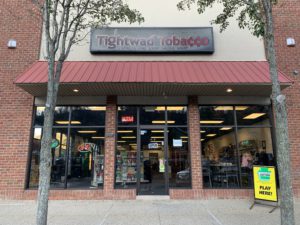 While in Pennsylvania, Pastor Dave and I were down in the Valley ( which compises a few cities and burrows), we decided to stop in at Tightwads Tobacco and have a stick.

This is more of  a cigarette and roll your own tobacco place, but they do have a humidor and a nice lounge area. 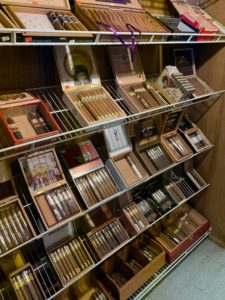 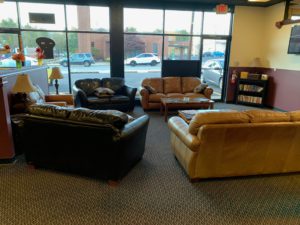 That Catches Us Up To Pa

So those were the high points up to and including Pennsylvania. We had many good times in Pa. and smoked a lot of cigars. We were camped out in Daves back yard and made several trips to the Cigar Shoppe. 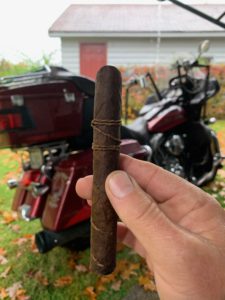 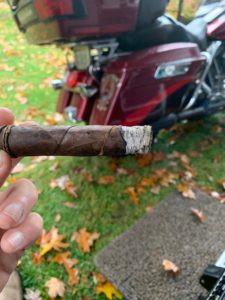 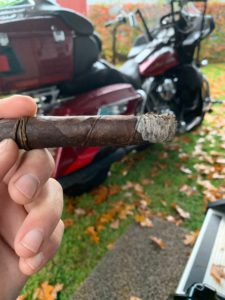 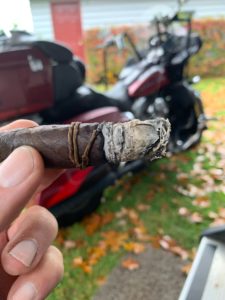 The pics above were taken in Dave’s back yard

Just to let you know, I had the opportunity to talk to Hector of Jacobs Ladder cigars, while there. You may remember that I reviewed this cigar and sang it’s praises and am very sad to tell you that Hector has no interest in mass producing and marketing this stick, so none of us will be able to obtain this beauty.

I will let you know if that changes in the future.

Coming up: The Road to Texas and Texas Cigar Adventures!

My next post will be about a cigar adventure in Vicksburg MI and then we visited the Tabak Haus in Fredricksburg, TX and visited the boys from War Fighter Tobacco.

Till next time: You can burn one down for me (or vise versa)!

As always, feel free to leave comments or questions in the space below!