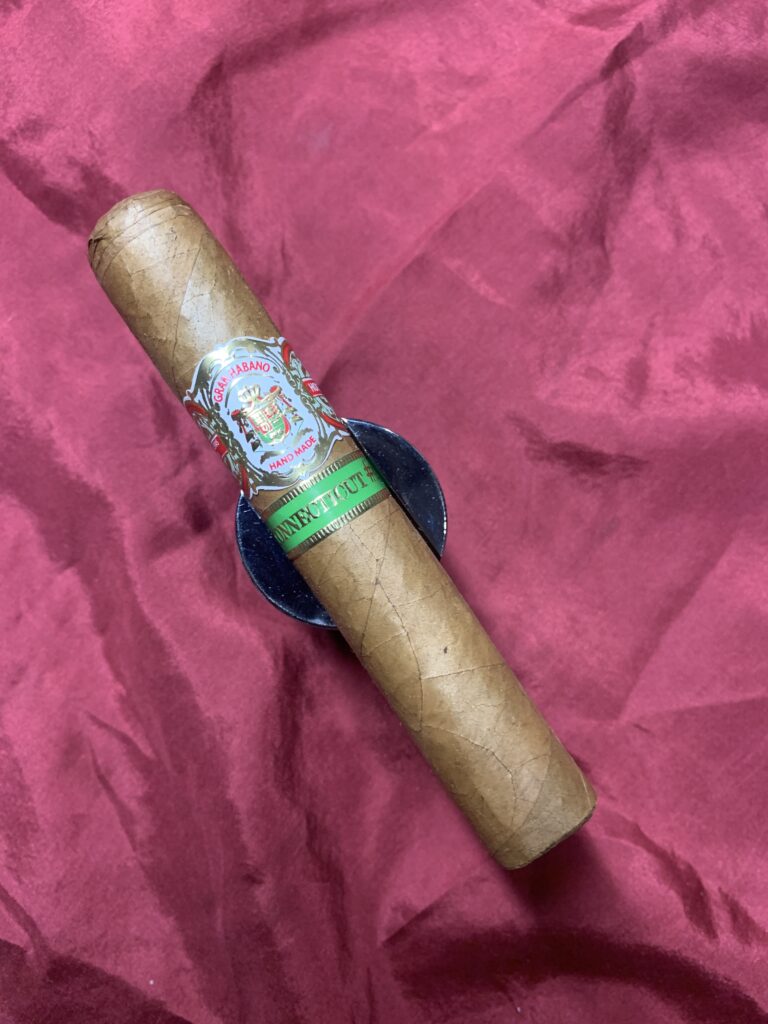 This is another group of folks that I had the pleasure of meeting at the PCA (Premium Cigar Association) trade show and I am really looking forward to reviewing this stick.

Here’s What They Say About Themselves

As you know Cigar Pals, I love it when a manufacturer tells us where they came from and Gran Habano has a rich history and below is that history taken (directly from their website) http://www.ghcigars.com/home/index.php

It takes generations to make a great cigar, and on its fourth generation, Gran Habano continues its tradition close to its humble beginnings.

Tobacco farmer and cigar maker, Guillermo Rico, believes in patience building his business slowly and steadily through careful exposure of his cigars to the marketplace. His hallmark is attention to detail and a high reliance on strict quality control in traditional tabaquero fashion. Considering his background, such attention to detail is hardly a surprise. The Rico family history in tobacco stretches back to 1920, when Guillermo Rico’s grandfather began growing dark tobacco. His father succeeded him in 1946, and Guillermo recalls following him around the fields as a child and his mother rolling cigars at home. That legacy continues today in Gran Habano with a strong sense of family tradition embedded into every cigar made in Danlí, Honduras, where in 1998 the factory was established and became the birthplace of our premium cigars and the quintessential Gran Habano look.

2003 was the year our staple Gran Habano family of handmade cigars was introduced to resounding success by father and son team, Guillermo and George Rico. These long-filler cigars became the core of the company brand with 3 distinct blends: the Connecticut #1, a mild but rich cigar with a Connecticut shade wrapper; the Habano #3, a medium-bodied cigar in Habano wrapper; and our most beloved blend, the Corojo #5, a peppery full-bodied cigar in Corojo wrapper. Consistency has always been insisted with these expert blends, which continue to be our best selling cigars.

The legacy of making cigars at Gran Habano continues to be a family affair. Established in Miami, Florida, Guillermo and George Rico, strive for quality in every leaf and cigar in production. Honesty and passion is what compels us to make great cigars, married with a sense of originality being the signature of our company. We look to the future with optimism and a great sense of appreciation for those who have come to know us and our brand. Draw: Just a hair tight, but no problem

Light Up: Hay, with a little vanilla in the back

First Third: At about a half inch in, becomes creamy hay and vanilla, honey and cinnamon

Second Third: Hay becomes more of a wheat, nice honey sweetness and an overall creaminess, that is really pleasing to the pallet

Final Third: Stays sweet with that nice creaminess on the tongue, a little butter coming in with the wheat and honey.

Notes: Well this has been a most interesting stick. I enjoyed the complexity and the way it transitioned at about half way, from hay to wheat and became nice and creamy and how it picked up the butter in the final.

What An Interesting Wake Up

I must say folks, that this has really been an interesting morning smoke. I usually smoke something strong in the morning as my first cigar, but this was awesome.

I love Cream of Wheat for breakfast, and the way this stogie transitioned to basically those flavors, was really cool.

Will have to see about picking up a box of these to have on hand for the morning and since I prefer something milder as my last stick of the day, the Gran Habano Connecticut would work nicely for that as well.

I hope y’all enjoyed this cigar review of the Gran Habano Connecticut and will give it a try, I believe you won’t be disappointed.

As always feel free to leave comments, questions and suggestions in the section below.