The best cigar tobacco growing regions on earth are in flat valleys surrounded by hills and/or mountains: some examples include the Cibao River Valley in the Dominican Republic, Jamastran Valley in Honduras, Jalapa in Nicaragua, Connecticut Valley in the United States and the Vuelta Abajo Region in Cuba. 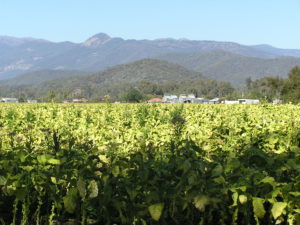 Did Y’all know how the cigar band came to be?

Well the story I have been told by Hamlet, of Hamlet Cigars by Rocky Patel, is that the British soldiers liked their cigars, however they wore white gloves and the cigars would stain their gloves So someone came up with a white paper band and from there they became sort of a competition to see who could make the fanciest band. So now ya know! 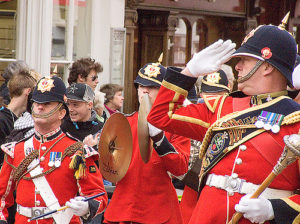 For thousands of years, tobacco [occasionally mixed with hallucinogens and/or herbs] has played a curative and religious role in Caribbean, Aztec, Mayan, Incan and other indigenous American populations.

· Religious and ceremonial purposes (smoke was believed to help communicate with the gods).

· Chewing to relieve toothaches and application to the brow for headaches.

Modern science tells us that nicotine is an alkaloid which produces certain physiological effects in humans and animals. Nicotine (more info) is found in tobacco plants, and to a lesser degree in tomatoes, green peppers, potatoes, and eggplant. The general effects of nicotine are biphasic: initially it is mentally invigorating, and then it leads to a relaxing effect. In small doses, nicotine increases alertness, concentration, and enhances mental performance. Today we know that nicotine protects against Alzheimer’s and Parkinson’s, and can help treat Tourette’s syndrome, ADHD, schizophrenia, epilepsy, and possibly rheumatoid arthritis and colorectal cancer. New discoveries are being made every year about the beneficial effects of nicotine, but these benefits are usually overshadowed in the public domain by Smokerismand anti-smoke hysteria. Fortunately, we know that “stress kills”, and the greatest benefit from luxury tobacco comes from its relaxing effects!