Had the priveledge of attending the first annual Cigar Snob, Lechon Challenge this past Saturday night at the Inter Continental Hotel in Miami Florida.

Talk about a cigar adventure! 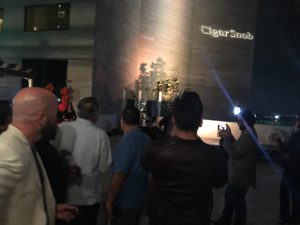 What Was It All About

Cigar Snob Magazine’s Lechón Challenge was a pig roasting competition where 5 popular cigar companies competed to see who could roasts the best Cuban-style whole hog using a Caja China. La Caja China means “Chinese box,” and these roasting boxes are ideal for roasting and smoking pork, chicken and a variety of other meats. 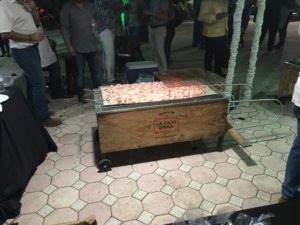 Each team roasted hogs on the terrace of the InterContinental Miami overlooking Biscayne Bay and we got to decide whether A. Fuente, Oliva Cigars, Villiger Cigars, Espinosa Cigars, or AJ Fernandez roasted  the best “lechón”!

Each team was playing for a charity so in addition to bragging rights, we decided which company’s chosen charity would get the proceeds. There was top-shelf wine, spirits, and cocktails along with cigars from the competitors and many others. Those who attended helped to decide who would be the cigar industry’s 2018 Lechón Champion! 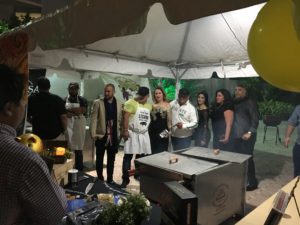 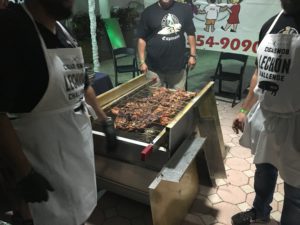 All ticket levels participated in the lechón tastings as well as  hors d’oeuvres and top-shelf beer, wine, and spirit samples. General Admission guests received a Xikar travel humidor containing 20 premium cigars as well as a Xikar Xi cutter and a Xikar torch lighter.

VIP guests got all of the above plus access to the Villiger/Gentleman Jack VIP Lounge where they received 2 special VIP cigars, additional Lechón Challenge swag and open-bar till close. And because they were VIPs, waitresses brought them their lechón tastings! Companion (non-smoker) tickets were also available.

Country Boy Goes To The City

Being the country bumpkin that I am, I was like a fish out of water when I arrived at this fancy shindig. There was not a good place to park close to the venue, so we ended up doing Valet parking. Because we drove down from Port St Lucie it was decided that we would not wear our fancy clothes for the two hour drive down and would change when we got there.

With the Valet parking we had to grab everything out of the truck and figure out what to do with everything. I wont bore you with the details, but suffice it to say that the scene was not very sophisticated.

We donned our city duds and proceeded to Ala Fiesta ( the party )!

We’re Not In Kansas Anymore

After the confusion of the parking and entering the hotel, we stepped off of the elevator and walked out to a party like you would see in a movie, this was a classy deal! Of course why wouldn’t it be, this is Cigar Snob! 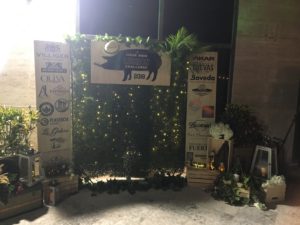 We were greeted with smile and directions for navigating our way around to make sure we got our goodies (humidor, cigars, cutter, lighter). What was really cool it that after we received them, they had a place where we could drop them off, so we wouldnt have to carry them around with us.

I grabbed a couple sticks and we lit up and proceeded to check out the party!

The dress was resort casual, however we saw people who were dressed to the nines and others who wore casual dress. I was in resort casual!

There were folks from all different cultural and ethnic backgrounds, but as I have come to expect, when there are cigars, the field is level. Cigar people are some of the warmest and inclusive people I believe you can meet.

The actual Lechon challenge was a Hoot! There were tents set up with the la caja china set up behind some tables with the company logos draped over the table and banners and some 7 foot tall standing signs. 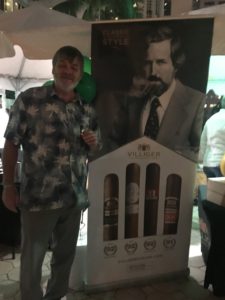 The air was electric with excitement and anticipation. Folks came from all over the country, but I think most of the crowd was from right there in Miami and near-by areas. There is a huge cigar culture in south Florida and it was obvious that many of these folks knew each other and they all came to have a good time.

While waiting for the lechons to get done their were hors d’oeurves and drinks and then there were some Cuban dishes which included an incredible avacado salad.

I had the priveledge of meeting Carlos Escalona and his lovely wife. Carlos is the area sales manager for Davidoff of Geneva and graciously told me more about the event and educated me on the cigar industry in south Florida. He also told us about the food we were eating and its Cuban Origins.

Most folks would think that this is unusual behaviour and while I am very greatful, I am not surprised, because once again I have found that cigars seems to be a phenomena that brings people together. It has also been my experience that the Latin community as a whole seem to be warm and friendly.

When we got in line to partake of the pig, that was an adventure in itself! Each team was assigned a color and they had skewers with colored balls on the end and when you tried their version of the lechon you took one.

We were also given a wooden token when we received our goodies at the beginning and when you decided on the porker you liked the best, they had big piggy banks on the table and you would put your token in the pig to cast your vote.

The teams were very colorful themselves, might have had something to do with alcohol consumption (im not sure, but they made it very fun with their enthousiasm and colorful expresions.

While standing in line, we met several people and were invited to cigar bars and a motorcycle toy run. I was able to take some pics of some sexy women smoking cigars, and they really got a kick out of it.

Probably the high point was the opportunity to meet Nick and even though he is well known in the cigar world and many people were vying for his time, he took the time to talk with me. Nick is the senior editor at Cigar Snob magazine.

Nick has a weakly pod cast where he has intervues guest on topics ranging from wine, and Scotch to humidy packs. Of course he talks about cigars and the cigar industry. Very informitive and fun to listen to.

In addition to the pod cast Cigar Snob has a section of models and they are beutiful, They write about trips to places like the Dominican Republic and Nicuragua, talk about different alcoholic beverages go with various cigars. They also have a countdown of their 25 favorite cigars.

Check them out at Cigar Snob

There Were Pretty Girls Too!

I also had the opportunity to take some pics of beautiful women smoking cigars which is a key word phrase that I hope to do a full post about in the near future. Here are some example of the ladies! 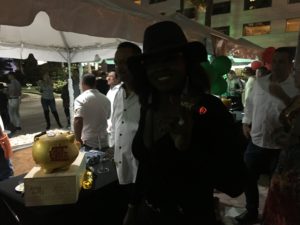 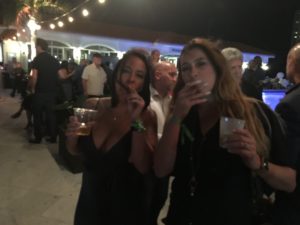 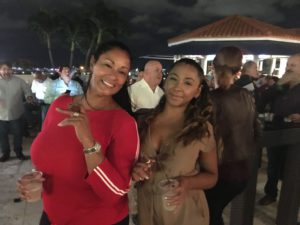 We had an awesome time at the Cigar Snob, Lechon Challenge and hope to attend the second annual one. I will endeavor to seek out some adventures at some of the cigar bars in and around Miami this winter, as that is the hub of all things cigar in the States

This was the first of what I believe will be many  large venue events that we had the priveledge to attend. Cigar Pals is gaining acceptance in the cigar industry and we anticipate many cigar adventures in the coming year. We are gaining name recognition in the cigar world and with that will come bigger and more exciting adventures.

We will be traveling to the Dominican Republic  (even though I hate to fly) in about 8 days to experience how cigars are grown and manufactured and have been invited to Nicuragua some time next spring, and of course we will continue to search out cigar adventures right here in the good old USA.

I would appreciate your help!

Until the next time, here is what I need from y’all if you would like to help Cigar Pals rank better on Google and become a premiere cigar site.

The idea is to get to page one of google, that is called ranking. Very few people look past page one.

1. When you go to my blog, please, please look at more than one page. (if you only go to one page, Google considers that a bounce and that really hurts my ranking.

2. Feel free to ask question about the post, or any cigar questions you might have. Google loves this and I do to. If you ask question, then even if I dont know the answer, I will find out and we both might learn something.

3. The way I actually make money is when you go to the links at the bottom and order cigars. I am affiliated with JR cigars now and they have a huge selection to choose from and great prices. If you are going to order cigars online anyway, then please order through my site. It doesn’t cost any more from you, but JR will pay me a percentage.