This afternoon and into the evening, I had an awesome cigar adventure at Club Humidor and they were doing an event featuring Crux Cigars. 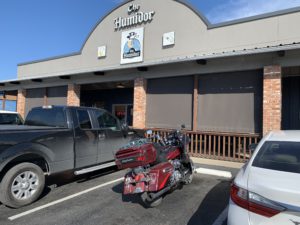 Even though it was pretty chilly out, I went ahead and road the bike, because, that’s who I am!

This was my first time at Club Humidor ( the one on San Pedro) and as I got closer, I realized that I had stopped in this place a few years back to get some cigars, but when I talked to Joe Torres, I found out that they had done a big remodel since I had been there.

I think they have 3 shops in San Antonio, but I forgot to ask them about any of the other venues.

When I walked in the counter was to my left and I over and just happened to walk up to Joe, whom I had talked to on the phone yesterday to verify the event. 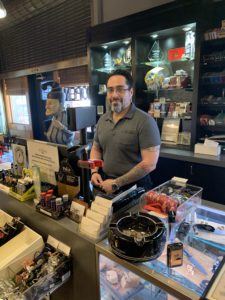 So I spent a few minutes talking about the blog and then Joe took me into the humidor, which is quite large with a lot of faces. 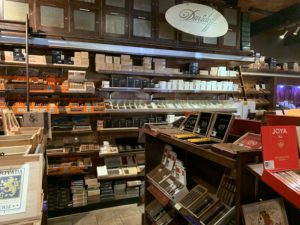 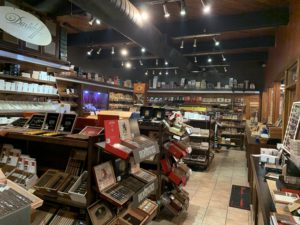 They had a large display of Crux cigars, some to the left as you walk in and more right in front of me. I will tell you more about Crux later, but I was not aware that they had so many blends. 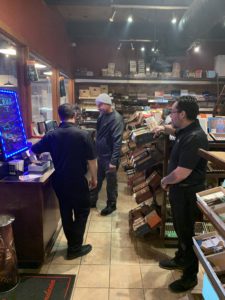 Joe told me a little about Crux Cigars and then suggested that I wonder around the humidor and he went back to waiting on customers.

I was very impressed with the humidor as I wondered around viewing all the different faces and vitolas, which the seemed to have several of for each brand that they carried.

They have a spacious and nicely laid out lounge area in the front to the right as you walk in, they also have another one in the back, which is for the members, but they let me go back and I met Mike and Mike and Erick and visited with them for a while and told them about Cigar Pals. 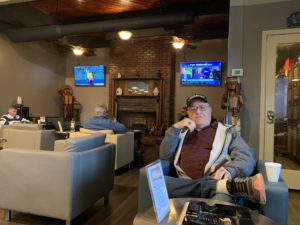 They told me about some other cigar lounges around the country that I will have to check out, one up above Chicago (where I will be in about a month and a half) called Poppies. 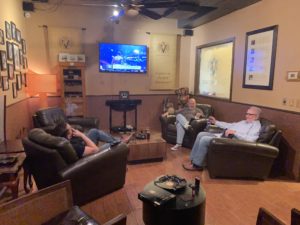 Any of y’all know this place, give me a shout out to tell me how you like it and your adventures there.

To the left of the door there is a huge area devoted to cigar accessories, probably one of the biggest and well stocked that I have seen. 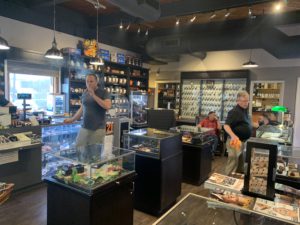 They have a large display of something called Mason Berger, which is a wick in a glass bottle that takes the odor out of the room, looks cool and I will have to take Deb by (looks like something she would like) 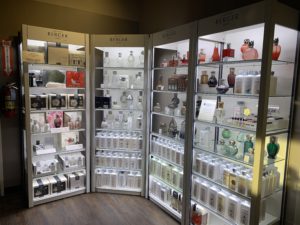 I also met all the staff and there were several of them there, they all had Crux shirts on and looked quite distinguished. 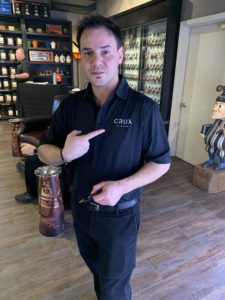 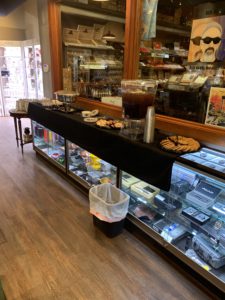 I also met and visited with Kieth, one of the owners and was invited to their Cigars, Cars and motorcycles event on June 7th (my birthday) to perform my new show called Cigars and Guitars. 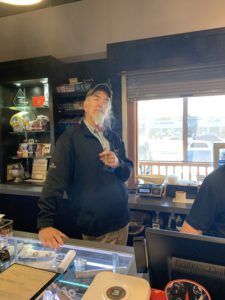 Which I have not told y’all about, but will try to devote a post to as the time gets closer

I will be getting a trailer to tow behind my bike carrying my cigar box guitar and amp, etc. I will be traveling around the country performing at various cigar bars/lounges across the country under the name of Guitars and Cigars .

I also got to visit and interview Sam Ventura who is a sales executive with Crux Cigars which was quite informative. 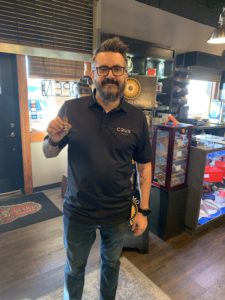 He has only been with Crux for a short time, but has an extensive background in the cigar industry and he is quite knowledgeable of his product.

Crux has been in the marketplace since 2014 and has just after an extensive market study re branded all of their vitolas. Sam showed me their old bands alongside of their new ones and I have to agree that they made a very good marketing decision. 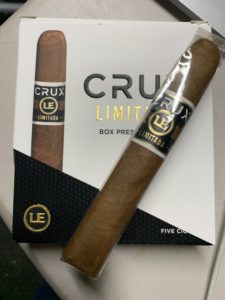 This was the featured cigar of the event

The new bands “Pop” compared to the old ones!

All of Crux s’ cigars are manufactured by Plasencia Cigars, except for the Maduro which is made  at A J Fernandez using a San Andres wrapper.

I won’t tell you a lot about Crux, since I plan to review, at least one of their cigar, and probably more than one!

Back To My Old Self

Recently, I have been a little off kilter as Cigar Pals, not sure exactly why, maybe because I haven’t had many cigar adventures in the last few months, or maybe because Deb wasn’t with me on these most recent ones, but tonight Cigar Pals was back, doing what I do! 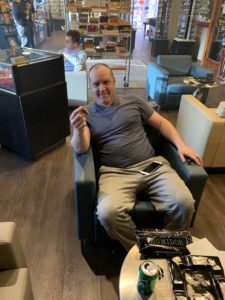 I visited with several people while there and even took pics and made notes to remember what happened after I left. You can ask Deb, quite often I walk out and realize that I got so caught up in the adventure that I forgot to do the things I do to be able to take you along!

This Was An Awesome Adventure

All said and done, this was an awesome adventure, met a lot of people, smoked some excellent cigars, shared a lot of stories and got to hear some good ones.

I would say that my cigar adventure at Club Humidor, featuring Crux Cigars was a rousing success and I am glad I was in attendance.

Any of y’all around San Antonio, I encourage you to drop by Club Humidor and try a Crux Cigar.

As always, please feel free to leave comments, questions or suggestions in the comments section below.