Hey Cigar Pals: I just have to tell you about this little cigar shop called Box Car Cigars, we found in Volant, Pennsylvania. Well we didn’t really find it, I’m pretty sure they weren’t lost. 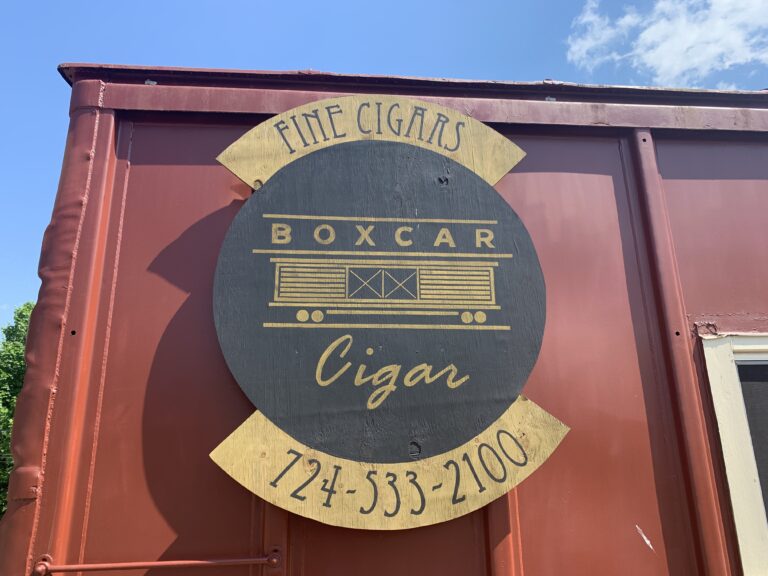 The way I found out about this place is, I was at the Cigar Shoppe in Ellwood having a cigar with my friend Jessi and he mentioned the place, so we made arrangements to go out and check em out, my life long pal, Paul, whose club name is Willy even went with us. They are both Remnant Sons.

Also, Deb, who is not one to miss a cigar adventure if she can help it, rode along too!

The day was perfect for riding the bikes and that’s just what we did. We met up at the church and took off, The town of Canton is out in the country, kinda between New Castle and Slippery Rock, with some nice twisties to get the blood flowing.I will tell you an embarrassing story now, so I don’t forget later.

When we got ready to leave the Box Car, Paul told me that Jessi was going to peel off before we got back to town, since he lived on the way. Then Paul suggested that I lead going back, I said OK.

We got to the very first turn (which was only about a block away) and I went straight, they made the right turn and were nice enough to wait for me …. Paul led us back!

Anyhow, we rolled into Volant and pulled up in front of four train cars sitting on a strip of railroad track. I shot a video of all of us getting off the bikes and checking out the cool sign, then we went inside. 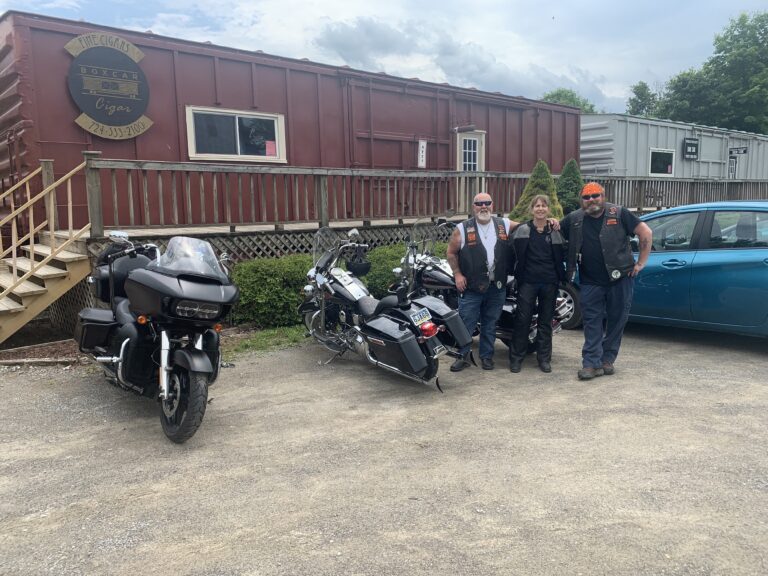 Then we went inside, noticing the humidor to the right as you enter.

The first person we met was Ben, a nice young man, who is very knowledgeable about cigars for one so young. Of course, I introduced my self (Cigar Pals) and the gang and started asking Ben all about the place.

I asked where the owner was and he told me that he was out cutting grass, we had seen him, but I thought that it was funny that the help was in the air-conditioned rail car and the owner was out sweating in the heat!

Ben told me that the Box Car had been in business for five years and Bob (the owner) reaffirmed this when I talked to him.

When I was at the PCA (Premium Cigar Association) trade show, the first. night I was there, before the show opened, some girl walked by me and said “go to the House of Lucky cigar booth” she said “they are the best cigars here”. Now that’s a big claim, when you are in the company of manufacturers like Plasencia, EP Carrillo, Dunbarton Tobacco and Trust to name a few. 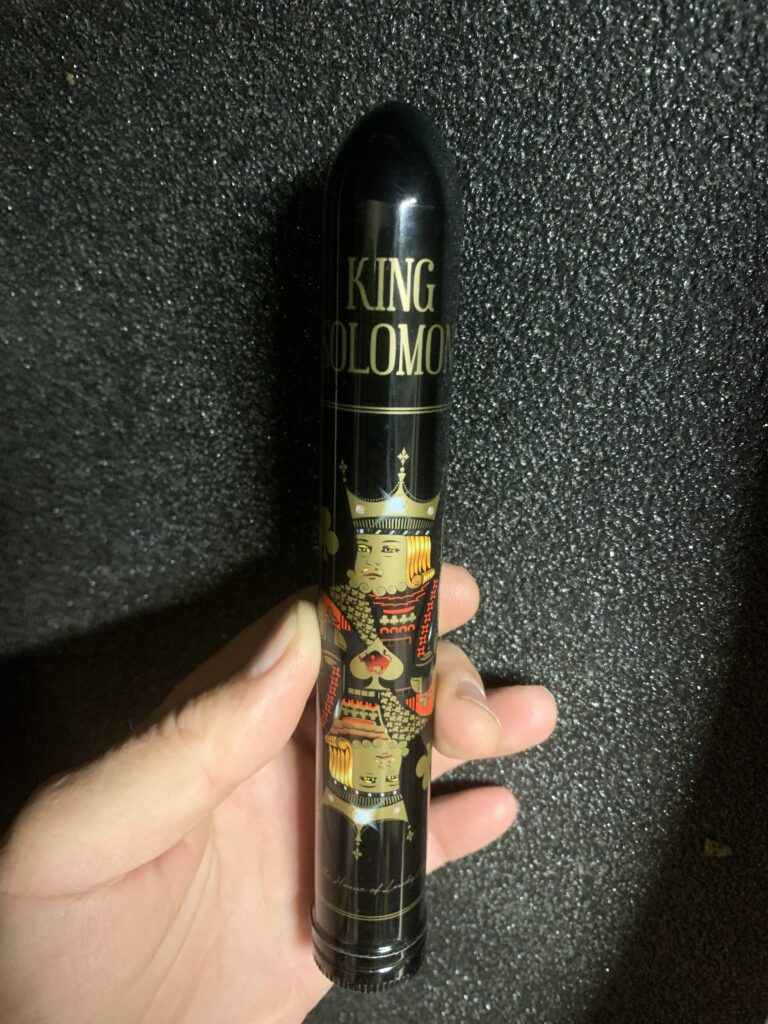 The next day as I was walking around, I found House of Lucky cigars and the girl and got talking and she showed me the King Solomon, here’s where I made my mistake…. I said, hey I have one of those to review and she said that’s great, you need to review it but she didn’t give me one, cause I had one (duh). She did give me a stout Maduro to try.

Any how, I digress! So then we went out and got a cold drink and sat down to smoke our cigars and I got to taking some video and that’s when Bob came in.

So I met Bobby Palko (I just call him Bob) and we got to talking about Box Car Cigars and you can hear most of that in this interview. What you might now hear, is that they do a lot of boutiques stuff, because this is a tourist town and being able to get something unique is more cooler! Actually I think that is in the video.

I forgot to go into the humidor and get pics and video, but in the video you can see in at one point.

I next went out and did some pics and video of the other cars, which you will be able to see in the attached video, you will also see me catching Bob tearing out the wall of the caboose. 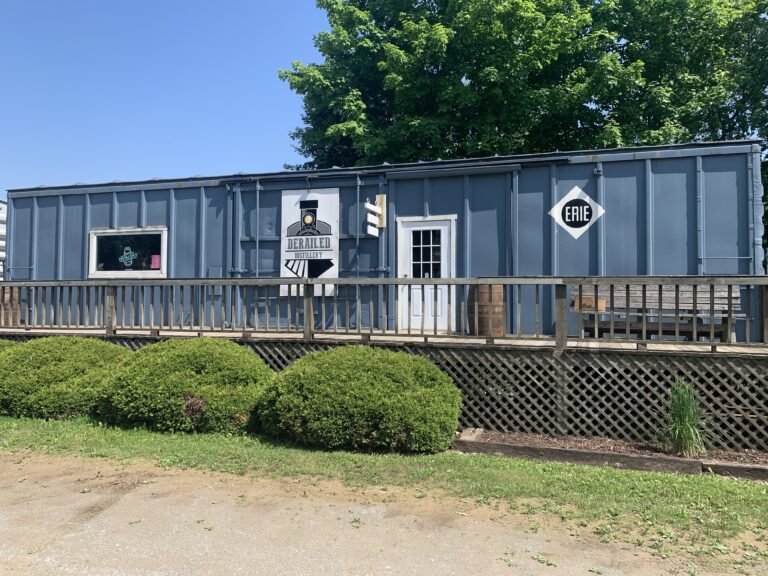 OK, well not quite! I was really glad that we had that cigar adventure at Box Car Cigars and Volant, PA is a neat little town, by the way, when we left the cigar lounge, we got ice cream across the street, now how do ya top that? A motorcycle ride, cigars and ice cream, what a day 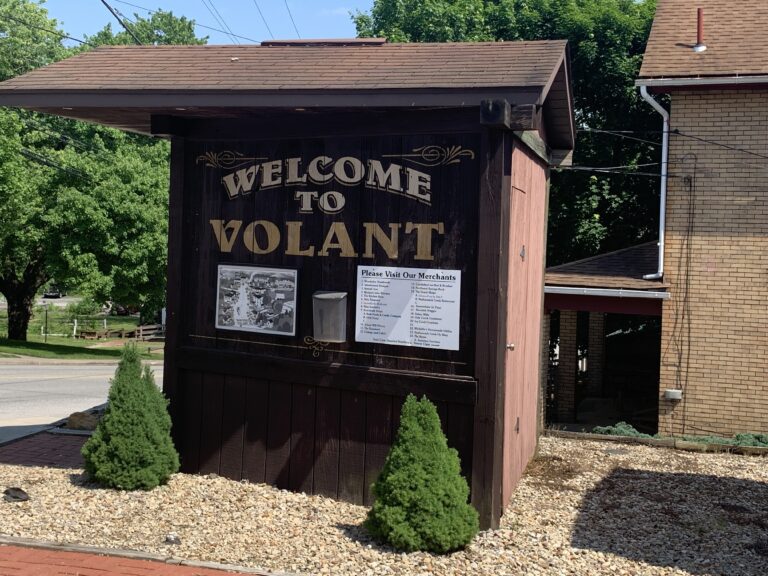 So if you ever find yourself in or near Volant Pennsylvania, do stop in at Box Car Cigars and getcha a stick and tell em Cigar Pals sentcha!

As always, feel free to make comments, ask questions or make suggestions in the section below.