Just weeks before Cigar Afficianado announced it’s 2018 Cigar Of The Year, the Perez Carrillo, Encore by Carrillo Cigars we had the honor of being given a private tour of their manufacturning facility in the Ciebao Valley in the Dominican Republic, by Emanuel (Manuel) Diez. Manuel just happens to be the son of Eladio Diez, the Master Blender with Davidoff, whom I wrote about in the second Dominican post #2 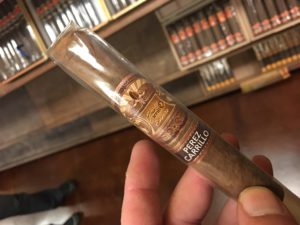 How Did That Happen!

Well let me just tell you about it! This is another of those Adventures that was set up by Jose Alba from House Blend Cigar Lounge and Bar. I wrote in my second Dominican post about meeting him and he arranged for us to meet EladioDiez. He also arranged for our private tour of the Carrillo facility. 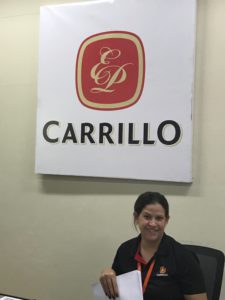 Carrillo Cigars are a boutique cigar company based in the Dominican Republic in the lush Cebao Valley. Many of you may remember a cigar called La Gloria.

This stick was created by Ernesto P Carrillo and later the company which was called El Credito was sold to General Cigars, because the demand for it was too great for the little El Credito company after an article came out in Cigar Aficionado which itself was just a small magazine at the time, boosting cigar sales from about two hundred thousand sticks a year to over a million.

Alba turned what was shaping up to be a disapointing experience into a great cigar adventure which I will never forget and just about fall all over myself everytime I see him with gratitude.

Alba has many friends in the cigar industry and they seemed to be more than happy to work with him to make this humble bikers trip to the DR a huge success.

When in the DR one has to remember that they are on Dominican time!

Around Santiago there is an incredible amount of traffic so things move slow and noone seems to get in a hurry, and we had a 2:00pm appointment and didn’t arrive until 2:45. I was in the military and I hate being late and this is the one thing about the DR that really tried my patience! So I had an opportunity to “accept the things I can not change”. 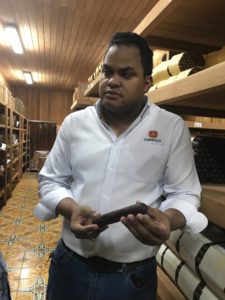 We were met at the door by Manuel and I appologized for being late, but he said it was no problen and escorted us to what appeared to be a board room with a beautiful humidor in one corner and a several windows running the length of the room on one wall. The windows look out on the rolling floor and while not being a one way windows, but you have to be close to them on the outside to see in. 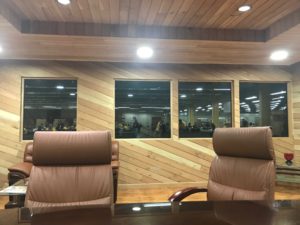 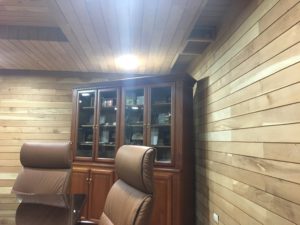 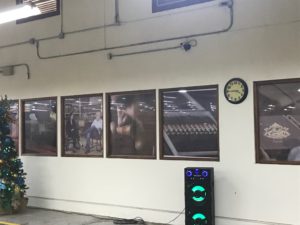 Manuel excused himself and returned shortly with two cigars for each  of us ( a La Historia and a New Wave Reserva, which is the one I smoked while we did the tour) offered us coffee and while he went to get some I admired that beautiful humidor which housed those wonderful Carrillo cigars. I quickly whiped the drool off the glass just as he came back in with coffee. 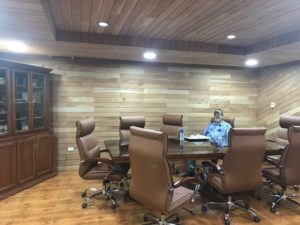 We chatted as we drank our coffee and smoked and then it was time to find out how they make those incredible cigars.

Lets Check It Out

First of all let me issue a disclaimer, Manuel presented us with a ton of information in a short period of time, so I can not begin to educate y’all on the intricacies of turning a tobacco leaf into a fine cigar. I will try to remember as much as I can and probably hit on some cool things that you may not have been aware of.

First we went into this huge room full of boxes and bundles of tobacco leaves. I believe this is an aging room where the tobacco is left to age according to desired blend the tobacco will be used for. The leaves are catorgorized by everything from the country, seed, type of leaf and probably a hundred other things that I am not aware of. You wouldnt believe how particular they are about this. 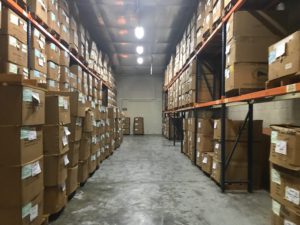 One of the cool things we found out about in this room is that they have a light bulb on the wall that must be left on at all times, because…… bugs are attracted to light and will come out of the leaves and go to the light. These light are all over the plant. 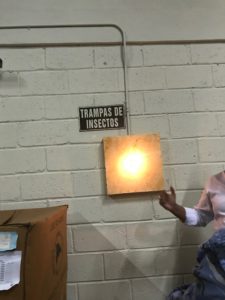 Next we went to the fermentation room and found out how they remove the amonia and chlorophyll. This room is very pungent and can take your breath away I have been told, but at Carrillo Cigars I did not find this to be the case. 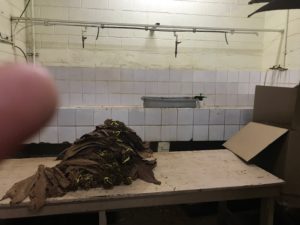 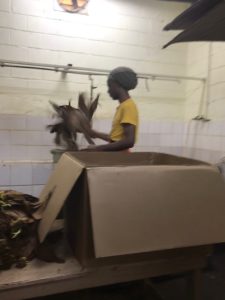 After the fermenting room the leaves are stacked cross ways of each other and covered with burlap and allowed to continue fermenting. The inside temperature has to be closely monitored and the stacks are turned to keep everything even.

Lets Just Sort This Out

Then the leaves are sorted and arranged for their part in the cigar. Each leaf has a specific place where they belong in the cigar and the folks at Carrillo know exactly where that will be. Amazingly all this stuff in in the computer and easily tracable, however many of the people who work there are so proefecient at their jobs and have been doing this for so long that they can just look at the leaves and know where they belong.

Some tobacco goes for filler, and they have these cool machines that are ancient, but still perform the task they were designed for. Don’t get confused, these are not machine rolled cigars with short fill tobacco! These machines just help in the process. They take the wrinkles out of the leaf. 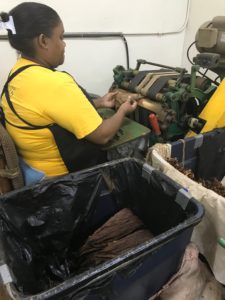 They have to remove the main vein of the leaf and when the do, they snatch it out and roll it around their wrist, which was quite facinating. When the vein is remove, its like removing your spinal chord and the leaves must be used right away. 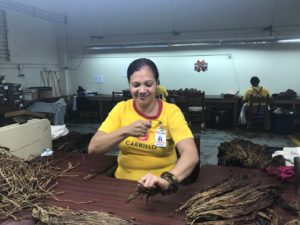 We then went out to the rolling floor and watched as they made cigars. Each station at Carrillo Cigars is set up to allow for maximum efeciency and the presses are horizontal instead of vertical making them easier to handle. 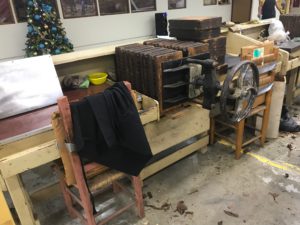 They next go to Quality Assurance where each cigar is carefully inspected, then into the aging room where they are bundled and loosely wrapped in paper. 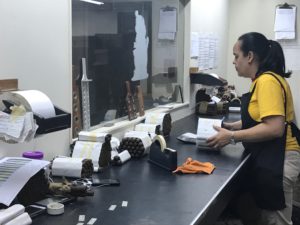 Once they are aged they will be sorted not just by size, but by color, so that when you open a box of their cigars the color will not vary and they will all look pleasant to they eye.

That just leaves packaging, which is as intricate and detail oriented as everything else they do at Carrillo.

To Say I Was Impressed Would Be An Understatemet

The folks at Carrillo Cigars know how to make a fine product, which was born out by Cigar Afficianado naming one of their cigars #1Cigar of the Year! I have smoked the Perez Carrillo, Encore and found it to be an excelent stick. I have also smoked other Carrillo sticks and can’t say that I like them any less than the Encore.

In the words of Eladio Diez, Smoke what you like, and I do and will not pass up any opportunity that I have to smoke a Carrillo cigar.

I really didn’t get in to their history very much, but this is a family run boutique company. Ernesto Perez Carrillo is not just the owner, but also the master blender and is involved with everything that goes on at Carrillo Cigars.

I recomend looking them up online and reading their story. Its all about family and passion for fine cigars.

Hope you checked out my other Dominican posts as well as all of my previous posts. Don’t forget to check back for the fith and final post from our Dominican Republic cigar adventure!

As always,  I love it when people comment or ask questions and so does Google. Thats the only area where my blog is weak and I can really use your help, so use that box down there!