In my travels, I have visited some nice high end cigar lounges, however it’s the brick and mortar little guys that I seem to be drawn to most often.

These little out of the way shops that never seem to get much recognition, unless Cigar Pals drops by for a visit. 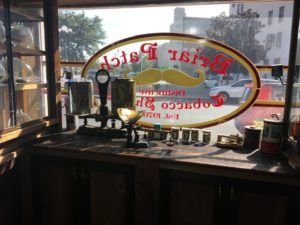 Deb and I were in Lacrosse Wisconsin a couple weeks ago and got to hook up with my good friend Tracy. We smoked a stick in the parking lot at Walmart and Trace asked if we would like to visit a local cigar shop.

What kind of question is that to ask Chuck from Cigar Pals, of course I wanted to check it out.

So we followed Trace as he navigated us through the streets of Lacrosse and we pulled in about a block away from the Briar Patch Tobacco Shoppe.

We walked in and found Chris in the humidor, weighing out some pipe tobacco and I introduced us and started chatting him up about the cigars (of course) 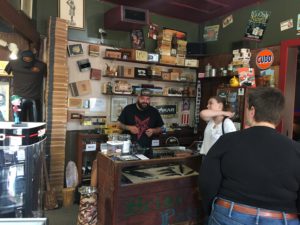 This wasn’t a large humidor, but had a nice selection of well-known faces as well as some obscure boutique names.

Chris said that they lean more toward the unknown boutique blends since they don’t have to play the game of having to order large volumes of non sellers, to get a few good ones.

This place has been around since 1976 under the current management.

Chris told us that the place had been haunted until a few years back, when for no apparent reason, the ghost had moved on.

We had a grand time and Deb and Trace played shuffleboard, apparently Trace won! Then we sat around and visited with Chris in between customers. 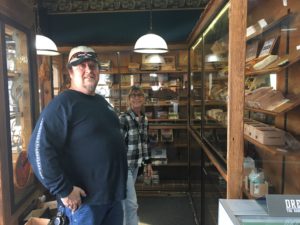 I am now on a job assignment in Oak Forest Illinois, which is just south of Chicago. We are camping about 25 miles south of there and are about 14 miles from a town called Bradley. 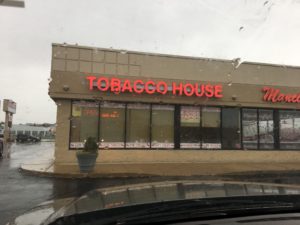 We actually stumbled onto this place coming out of a parking lot. we looked up and saw a sign for cigars and tobacco as well as Vape and CBD oil.

I thought, oh this is probably just a vape shop, but what the heck, let’s check it out. 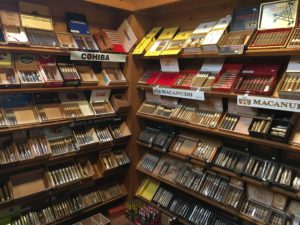 We went inside and sure enough they have a humidor with some very nice cigars, and they actually have a small lounge off to the side with several comfortable leather chairs and big screen TV. 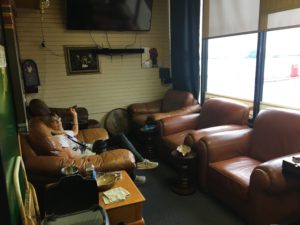 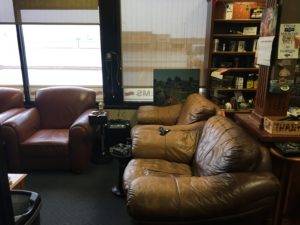 In their humidor they have a house blend stick, which is affectionately referred to as “The Pig Tail”. As you would expect, there is no band, that’s just what the locals call it.

I have been in here about four times now and yesterday, I was surprised when I discovered that they had a box of CAO Orellana’s nicely displayed.

I just did a review of this cigar, which I am extremely impressed by, so I grabbed a couple and we are back here again today and I purchased two more! 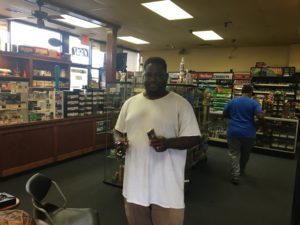 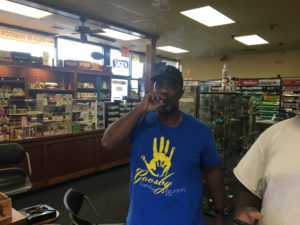 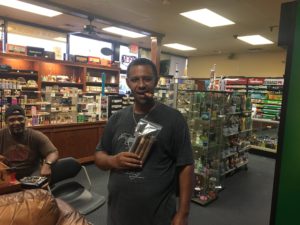 I have had the privilege of meeting several of the local patrons, who are very warm and friendly. 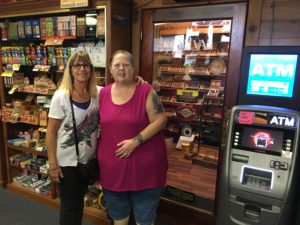 This place really is a vape and cigarette store, with a constant flow of customer to that end, but there is also a large volume of cigar customers in and out the whole time we have been here, every time.

I am now the unofficial CAO Orellana rep! I have convinced four of the guys to give it a tray and one of the guys I turned on to this stick, told another guy Romulus to check it out, before I got to him.

This really is a fun shop and we will miss it when we leave here at the end of the week, but alas we must be moving on to other cigar adventures.

Many Others I Could Mention

There are many more places that I could mention and probably have. These little brick and mortar shops are all over the country and I strongly encourage you to get out and check some out.

These shops are full of folks that enjoy a fine cigar and the company of others who are like-minded.

You can read about places like The Cigar Shoppe, both in Ellwood City, PA and Montgomery, AL in my blog. There is St Petersburg Cigars, in St Petersburg, Fl.

So once again, I strongly encourage you to get out there and have yourself a cigar adventure and be sure to check out the brick and mortar little guys in your travels.

Be sure to tell em Chuck sent you!

As always, feel free to leave comments or questions in the section below and by all means, tell me about your cigar adventures!